Mountie cleared of wrongdoing in collision with cyclist in View Royal 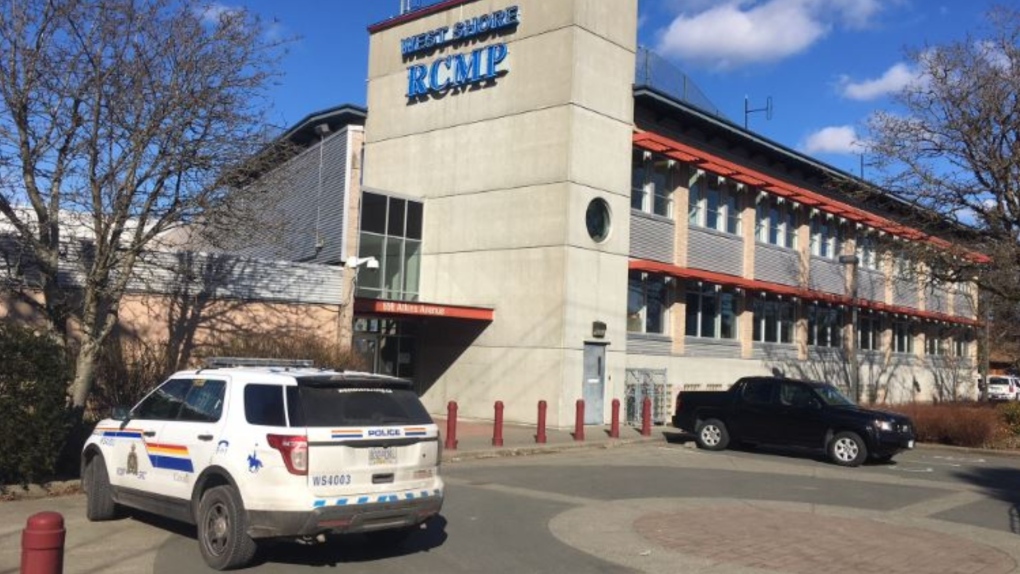 VICTORIA -- A Vancouver Island RCMP officer has been cleared of any wrongdoing despite apparently failing to signal a turn before a cyclist collided with his police cruiser and sustained serious injuries in View Royal.

The incident happened on Sept. 12, 2019, when the Mountie was turning right from Admirals Road onto Seenupin Road in heavy rain.

A female cyclist attempting to pass the police cruiser on the right was thrown over the hood of the vehicle and sustained serious injuries, according to an Independent Investigations Office of B.C. (IIO) decision released Tuesday.

While the IIO decision found "persuasive evidence" the officer did not signal his turn before the collision, the investigation determined the cyclist should not have attempted to pass the vehicle on the right and the officer "could not reasonably have been aware of her presence, given the poor visibility."

While much of Admirals Road has dedicated bike lanes, the specific section the cyclist was travelling in at the time of the collision has only a paved shoulder and therefore the cyclist should have stayed behind the vehicle traffic or ride on the sidewalk, which is permitted in the area, according to the IIO.

"That being so, her act of passing [the officer] on the right was unlawful, and the duty upon [the officer] to check for another vehicle unlawfully passing in that manner was somewhat reduced," according to IIO chief civilian director Ronald MacDonald.