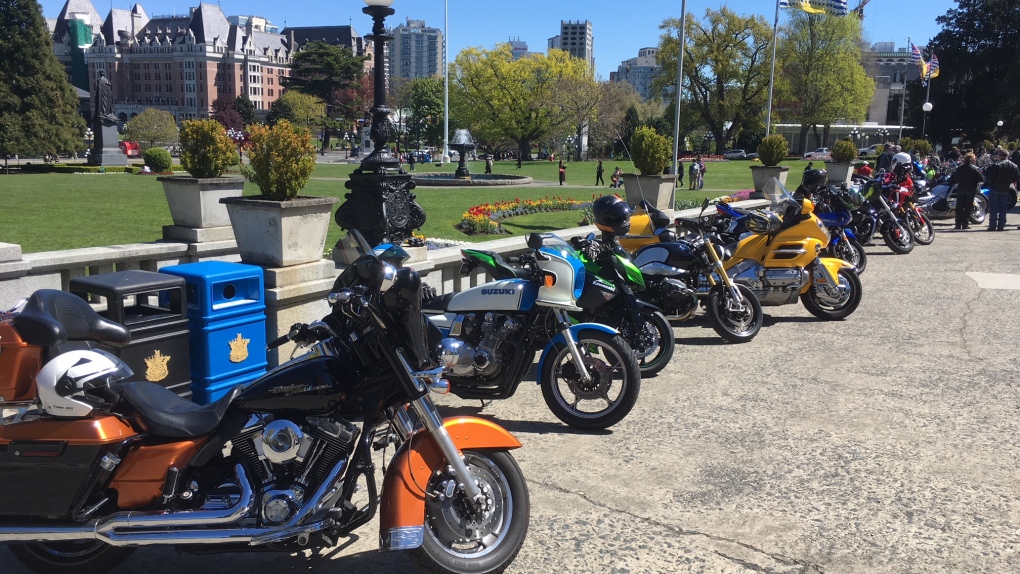 VANCOUVER -- British Columbians with driver's licences that expire during the COVID-19 pandemic are getting 90-day extensions by phone, but a group of motorcyclists is raising concerns that these extensions do not apply to those currently on learners' licences.

Russ Paton is an administrator of the RideBC Facebook group, which aims to provide a platform for British Columbia's motorcycle community. He contacted CTV News Vancouver after several members posted about being unable to renew their restricted licences over the phone.

He also brought their concerns to the provincial government.

"I kind of took a number of people's posts and rolled them into one letter and the idea was to send it out to MLAs and ministers responsible, as well as the superintendent of motor vehicles to say 'Hey, you know, it would be great if we could find some kind of exception for these people,'" Paton said.

On Thursday, ICBC announced just such an exception: Drivers with learners' licences expiring during the pandemic still cannot extend their licences, but they will not be forced to restart the licencing process from the beginning when physical distancing rules are relaxed and road tests can resume.

"We recognize the practical challenges for customers whose learners' permits are expiring now," the provincial insurer said in a statement to CTV News Thursday. "Since customers are unable to take their driver’s test before their learners’ licence expires, they will be required to take a knowledge test prior to their road test once the pandemic restrictions are lifted."

ICBC is also waiving the $15 fee for the knowledge test the first time a driver with an expired licence takes it.

"If the customer fails that test, they will be required to pay for any subsequent knowledge tests," the company said.

Asked about the possibility of this type of change last week, before ICBC had announced it, Paton said it would help, but wouldn't be his preferred scenario.

"What we're concerned about is what's going to happen is some people are going to ride anyways and then they're going to have insurance issues because they won't have a legal extension," he said.

While learners' licences for passenger vehicles come with heavy restrictions, including a requirement that the driver have another licenced driver over the age of 25 in the passenger seat at all times, motorcycle learners have an initial phase with similar restrictions, followed by a phase in which they are limited to solo riding between the hours of 5 a.m. and midnight, similar to the limitations placed on new drivers.

Paton said some motorcycle riders in B.C. don't have cars, meaning people who have recently made this transition and are still on learners' licences will be without their primary mode of transportation once their licence expires.

While he couldn't say how many British Columbians might be in that situation, Paton noted that there's always a long backlog to take motorcycle knowledge and road tests in the springtime.

"This time of year would be heavily booked and it would take weeks and weeks and weeks to get an appointment," he said. "The backlog is going to be part of the issue as well."

The change ICBC announced Thursday will prevent motorcycle riders whose learners' licences are expiring during the pandemic from having to restart the process, something Paton said was a baseline goal for the RideBC group.

But, he said, he'd still prefer to see the province allow a temporary extension for people with those types of licences, so that they can continue riding legally until they can take their tests.

"Yes, riding a motorcycle is an increased risk and you need to be more aware, however, I would not be able to justify or to quantify how giving a person three months more, over a 12-month-long learner's permit, is going to move the curve on their risk factor very far," Paton said.

'An especially tough time': Feds rolling out targeted COVID-19 help for some sectors

Interactive: Which benefits am I eligible for during the COVID-19 pandemic?

What to expect if you're getting tested for COVID-19

'No fast way back to normal': How some European lockdowns are easing already

Who is getting the virus, and what comes next? B.C.'s latest COVID-19 modelling data unveiled

Ontario reports most COVID-19 deaths, cases in a single day

As millions of workers apply for help, mothers-to-be say they can't get CERB