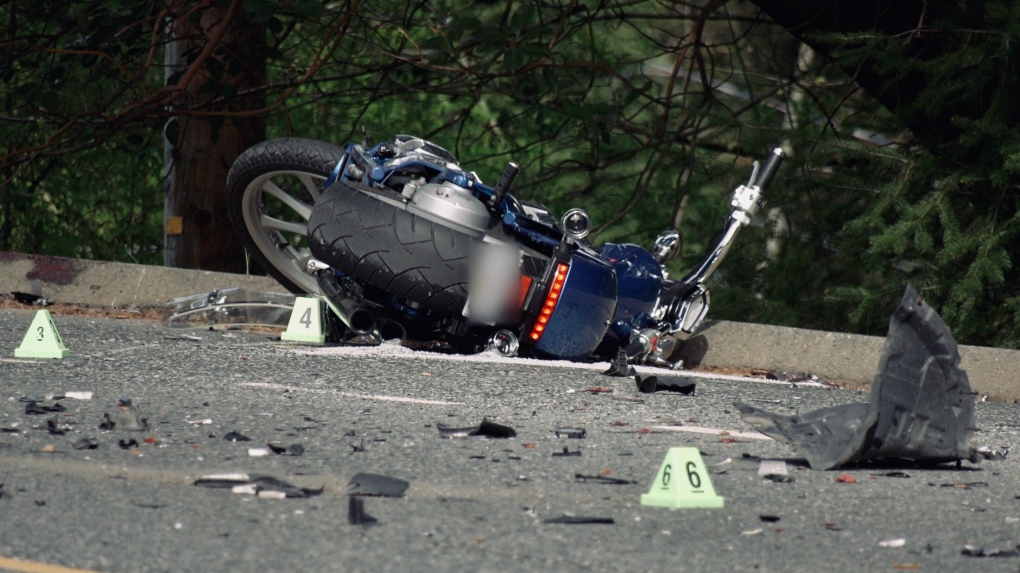 A motorcyclist was rushed to hospital for treatment of life-threatening injuries following a crash with a vehicle in Nanaimo: April 13, 2020 (CTV News)

NANAIMO -- A motorcyclist is in life-threatening condition in a Nanaimo hospital following a crash with a vehicle Monday afternoon.

The crash happened around 2:30 p.m. near the intersection of Hammond Bay Road and Stephenson Point Road.

Police say that a 17-year-old female driver was driving southbound on Hammond Bay Road when she attempted to make a left-hand turn onto Stephenson Point Road.

During the turn, her vehicle collided with a motorcyclist who was travelling northbound on Hammond Bay Road.

The 47-year-old man who was driving the motorcycle was then transported to a local hospital for treatment of life-threatening injuries. Once he is stabilized, he will be airlifted to a hospital in Victoria.

The female driver and the passengers inside her vehicle were not injured during the crash.

Her vehicle has since been towed from the scene and will undergo a mechanical inspection.

The area where the accident happened is expected to be closed to traffic for several hours as traffic analysts investigate the scene and try to determine a cause of the crash.