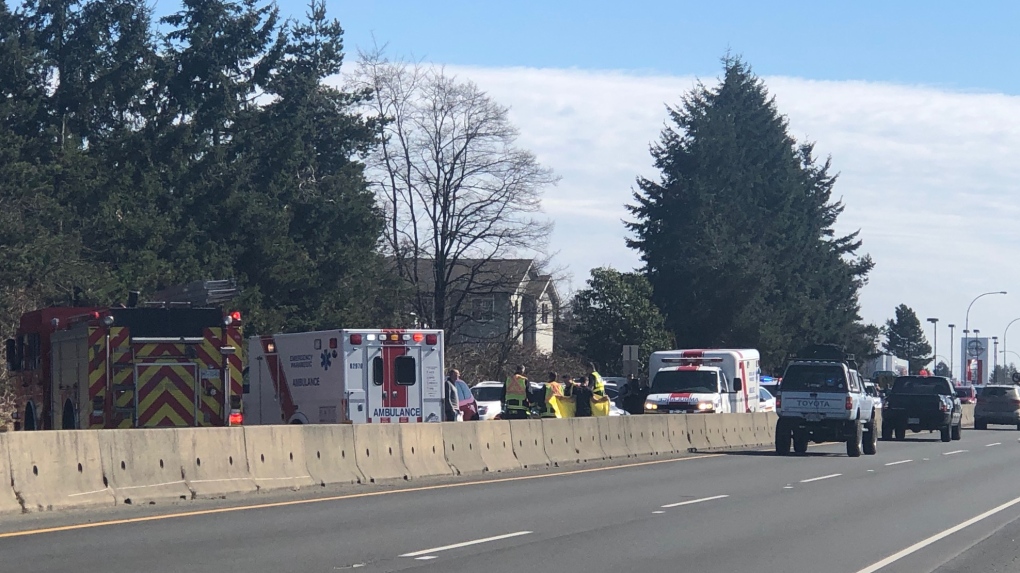 The BC Coroners Service is attending the scene along with an RCMP traffic analyst. (Nanaimo News Now)

One motorcyclist is dead and two drivers were taken to hospital after a three-vehicle crash in Nanaimo.

Police responded to the scene on Highway 19A near the corner of Norwell Drive and Jingle Pot Road at noon Friday.

Nanaimo RCMP say the collision involved one motorcycle and two vehicles. The drivers of the two vehicles were taken to hospital with minor injuries.

The northbound lane on Highway 19A between Bowen Road and Norwell Drive is closed. Traffic delays are expected and police are asking drivers to avoid the area if possible.

The BC Coroners Service is attending the scene along with an RCMP traffic analyst.