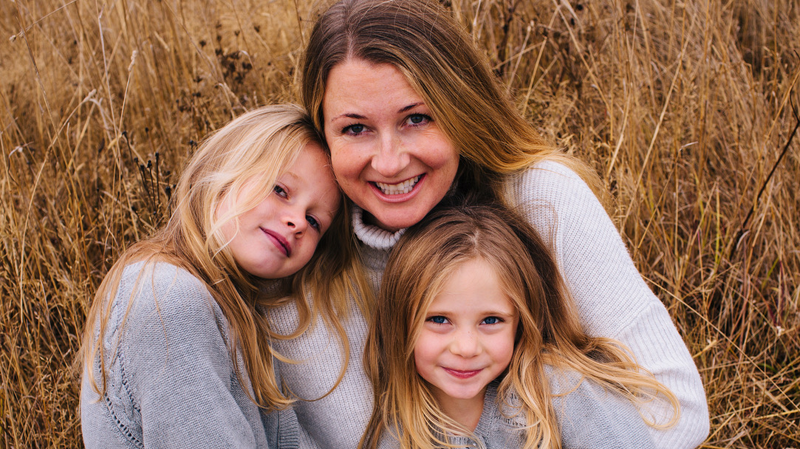 The mother of two slain girls finished her testimony Thursday in the murder trial of her ex-partner, Andrew Berry, the Oak Bay father who is accused of killing them.

Their daughters, six-year-old Chloe and four-year-old Aubrey, were found dead in Berry's Beach Drive apartment on Christmas Day 2017. He has pleaded not guilty to two counts of second-degree murder in the girls' deaths.

On Wednesday, the court heard about Sarah Cotton's frantic search for her daughters when Berry hadn't returned them to her house by noon on Christmas Day, as required by a custody agreement.

On Thursday, she told the jury she didn't go to the police station earlier that day because she was worried that doing so would "escalate things so much."

Through tears, Cotton added that she had hoped that she would find the girls herself without needing the police.

In testimony earlier in the week, Cotton had described her relationship with Berry as one of co-parenting, but had not agreed with defence counsel's assessment that they were co-parenting well.

When she was asked to describe the distinction between "co-parenting" and "co-parenting well," Cotton told the court her relationship with Berry wasn’t co-operative.

"There wasn't much give and take," she said. "I feel that Andrew didn’t have the best interests of the girls."

On Wednesday morning Cotton described the day her daughters were found dead. She told the jury she earlier texted and spoke with family and friends on the phone, and prepared stockings and gifts under the tree for her girls.

Andrew Berry was supposed to drop their daughters off at her house at noon. By 2 p.m. that day, they still hadn’t arrived. Cotton was waiting at her home for Berry’s parents to arrive for Christmas dinner, and after they arrived at 2 p.m., she went to Berry’s apartment to look for the girls.

Cotton became tearful telling the jury she never looked inside the apartment’s windows when she knocked on them.

“I assumed the girls weren’t there. I couldn’t hear the girls’ voices. If they were there, I would have heard them," she said.

She testified that when she didn’t get a response from knocking on the apartment windows, she and Berry’s mother searched various parks for the girls.

When Berry's lawyer challenged Cotton's testimony about her seeing toys in the snow behind Berry's apartment, she gave an emotional response.

"My children died on Christmas Day, so my memory about the snow toys may not be perfect," she said, adding she was focused on getting her children back alive.

Later, there was a heated exchange when Cotton was questioned by Berry's lawyer, Kevin McCullough, about which windows she knocked on at his apartment when she was looking for her daughters.

The trial is expected to last for several more weeks.