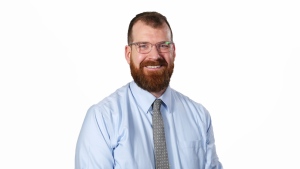 Kyle is originally from Kansas City, Missouri and is commonly known around the station as “KC Kyle.”

A TV station tour at a young age gave birth to his dream to work in media. He holds a degree in mass media production from Missouri State University, and has previously worked at TV stations in Kansas City and Springfield, Mo.

Kyle moved to Victoria in 2013 with his wife, and began working at CTV Vancouver Island. They now have two children and call the West Shore home. Kyle loves the unpredictability and variety of the live news world.