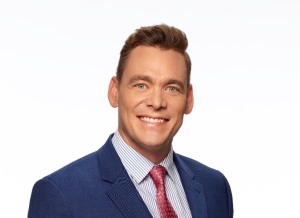 Andrew grew up in the ski towns of the Kootenays before moving to Vancouver Island. He enrolled at the University of Victoria, graduating with a degree in sociology. From there, he decided to act on his long-simmering broadcasting aspirations and headed east to Calgary’s Mount Royal University.

Shortly after completing the broadcasting program, Andrew’s first job in the business was reporting and anchoring for CTV News in Prince Albert, Sask. He quickly changed gears, moving over to the sports desk in Saskatoon. But, after a couple of years trying to suppress the B.C. itch, he returned to news and to the island, where he married a Victoria girl and started a family.

Andrew most enjoys the writing and storytelling aspects of his job, as well as the deadline-driven reality of producing local news every day that is never boring.

His career highlights include covering the 2010 Winter Games in Vancouver, travelling with the David Foster Foundation to visit children receiving life-saving organ transplants across the country, and, one of his first assignments, a riding lawnmower race in St. Louis, Sask.

Andrew relishes life at home with his wife, two boys and two cats, Cheddar and Brie. He also enjoys golf, running and playing hockey. He will openly admit to being a Calgary Flames fan trapped deep within enemy territory.