Police say hundreds of pieces of artwork have been returned to their rightful owners after Saanich police seized more than 1,000 works from a gallery in Oak Bay, B.C.

The pieces were seized in mid-April from Winchester Galleries after police received reports of suspicious behaviour coming from the gallery's art dealer.

Artists told police that the dealer was selling their artwork then ceasing communication with them and not paying them what they were owed for the sales.

On April 28, police said they had seized more than 1,000 art pieces from the gallery, which investigators said were collectively valued at tens of millions of dollars, and were looking to return them.

On Wednesday, police said more than 900 of those pieces had been returned to their rightful owners – ranging from B.C., Ontario, Quebec and the Maritimes to as far as Washington state.

More than 200 pieces remain unclaimed, however, and police are looking to return the art.

"The return of the art has been a labour-intensive process but an overall success, as we have been able to return over 75 per cent of the pieces we seized," said Const. Markus Anastasiades in a statement.

"We attribute this success to the media coverage and attention this file received, as well as the art community across the country spreading the word to one another," he said.

"We’re still hopeful we will be able to return all of the pieces we have."

Anyone who thinks their art may be among the items seized can contact the Saanich Police Department at art@saanichpolice.ca[.]

No charges have been put forward yet, though police say the investigation is ongoing and that police are looking into multiple charges of fraud and false pretense against the art dealer.

"This is a stunning example, in the Canadian art world, a dramatic example of an egregious breach of trust," said Anita Blackwood, wife of David Blackwood, in April.

Blackwood was one artist who was affected by the art seizure. Other high-profile pieces included three paintings by Emily Carr. 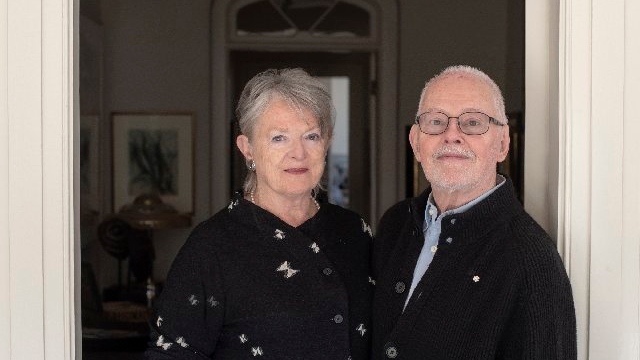