More than 400 people have now been arrested at the Fairy Creek blockades, RCMP say

More than 400 people have now been arrested at the Fairy Creek blockades, RCMP say 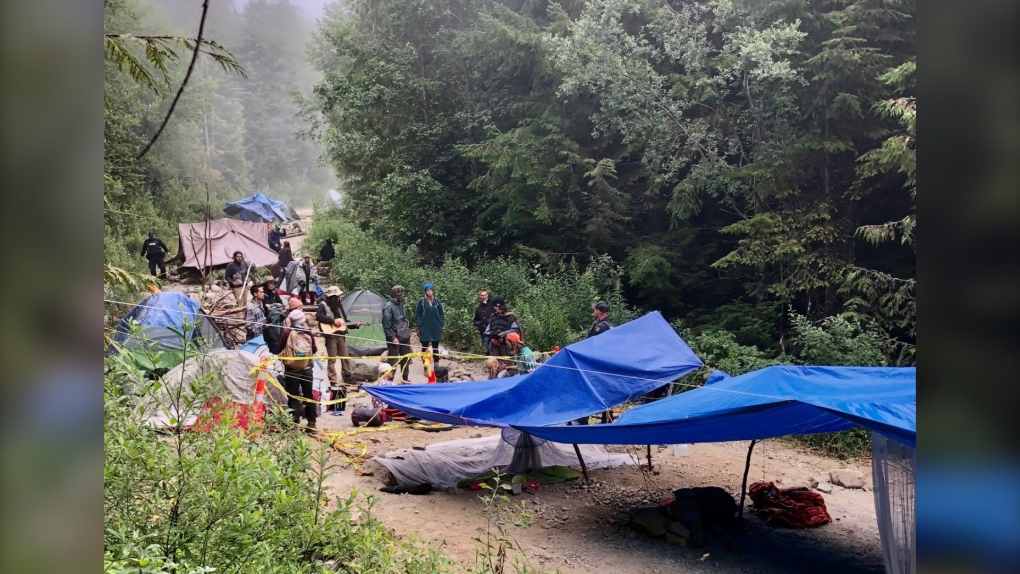 Protesters in the Fairy Creek watershed are seen in this photo provided by Lake Cowichan RCMP.
Vancouver -

Mounties on Vancouver Island say they've now arrested more than 400 people since they began enforcing an injunction against anti-logging protesters camped out in the Fairy Creek Watershed.

Nine more people were arrested Saturday for breaching the court injunction that prohibits interference with logging operations in the area, according to a news release from Lake Cowichan RCMP.

Police say they have now arrested a total of 403 people during their enforcement of the injunction. The total number of arrests made is higher, because at least 28 people have been arrested multiple times, according to RCMP.

One of the nine people arrested for breaching the injunction on Saturday had been arrested previously, according to police. That person was held in police custody, pending a court appearance, while the other eight were released in Port Renfrew, police said.

A 10th person was arrested at the blockades Saturday on a Canada-wide warrant issued by the Canada Border Services Agency, police said.

Mounties did not specify what offence the CBSA warrant was for, saying only that the person arrested was held in custody "on the strength of those immigration warrants."

Of the total arrests so far, 305 have been for breaching the injunction, 81 for obstruction, seven for mischief, three for breaching release conditions, two for assaulting a police officer, one for counselling to resist arrest and one for an outstanding CBSA warrant, police said.

Parks Canada says visitors will be able to start booking reservations for camping and other activities at its sites across the country in March.

Police departments in the Maritimes say there are issues with 911 emergency calling Tuesday morning.

No need for every toxic chemical to have a pollution plan, Ottawa says

The federal government is playing a dangerous game by refusing to force any company that makes or uses toxic chemicals to have a plan in place to prevent them from getting into the environment, a lawyer for the Canadian Environmental Law Association said Monday.