With the war in the Ukraine now stretching into its third month, Canada’s minister of national defence, Anita Anand, was in Greater Victoria on Tuesday committing more military aid to the Ukrainian people.

"Canada has purchased over 20,000 rounds of 155 millimetre artillery," said Anand.

Costing in the neighbourhood of $98 million, the rounds are compatible with the already donated M-777 howitzers.

"Putin's full-scale, illegal and unconscionable invasion of Ukraine cannot be allowed to succeed and it will not," said Anand.

SUPPORT FOR REFUGEES IN CANADA

Devon Sereda Goldie, president of the Ukrainian Cultural Centre in Saanich, says he applauds the new weapons for the troops, but adds that the federal government hasn't followed up on promises made to refugees who've arrived in Canada in places like Victoria.

"It’s great but I think more should be done," he said.

"[The refugees] were supposed to be receiving a $500 a week stipend for the first six weeks of arrival, and none of that has happened," he added.

Thus far, the cultural centre has helped facilitate 200 Ukrainians fleeing the war in their home country. Many arrived with just the clothes on their backs. 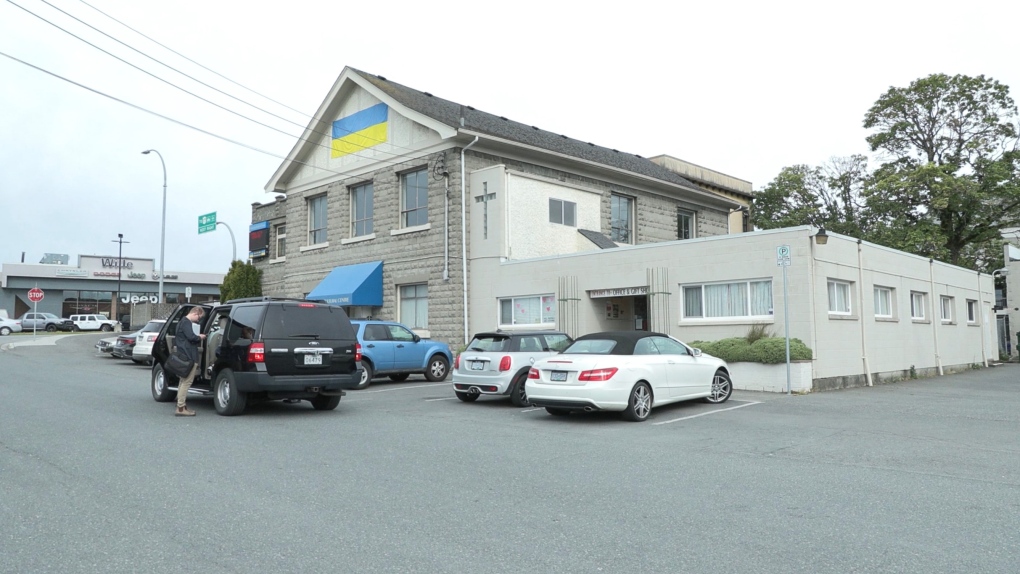 Refugees have 90 days to complete that exam and it is not covered by the federal government.

The centre has raised nearly $200,000 through donations, but says much of that money is being eaten up covering those medical costs.

Ukrainian refugee Anton Kirei was at the announcement Tuesday. He had fled Kiev at the beginning of the invasion.

"It is as bad now as it was in the beginning," he said. "With the genocide and with the mass, total destruction."

Kirei has been in living in Oak Bay with a sponsor family for a month now. He began his journey fleeing to Sri Lanka, then Switzerland, then Toronto before ending up on Vancouver Island.

After speaking with friends still trapped in his home country, he compiled a list of goods that his people need back home. They're goods that are outside of military arms. 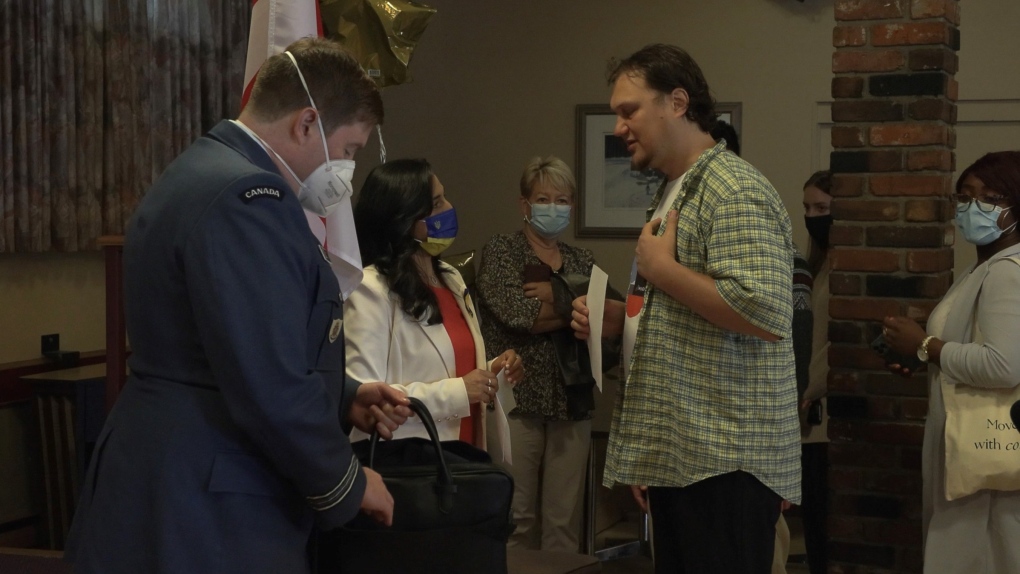 Ukrainian refugee Anton Kirei presents the minister of national defence with a list of humanitarian items for his people. (CTV News)

"I submitted this list to the minister and she said that they would consider it," said Kirei.

The list includes medical supplies, shoes, clothing and second-hand smartphones with a camera to help document the ongoing war.

Kirei has now launched a blog offering advice and resources for any Ukrainian hoping to relocate to Victoria.

Anand ended her day at Canadian Forces Base Esquimalt, participating in a panel discussion on systemic racism and discrimination with the armed forces with members of the defence team.

Patrick Brown has been disqualified from the race to replace Erin O'Toole as leader of the federal Conservatives, the leadership election organizing committee announced late Tuesday. Committee chair Ian Brodie announced the stunning move in a written statement that said the party had in recent weeks become aware of 'serious allegations of wrongdoing' by the Brown campaign.