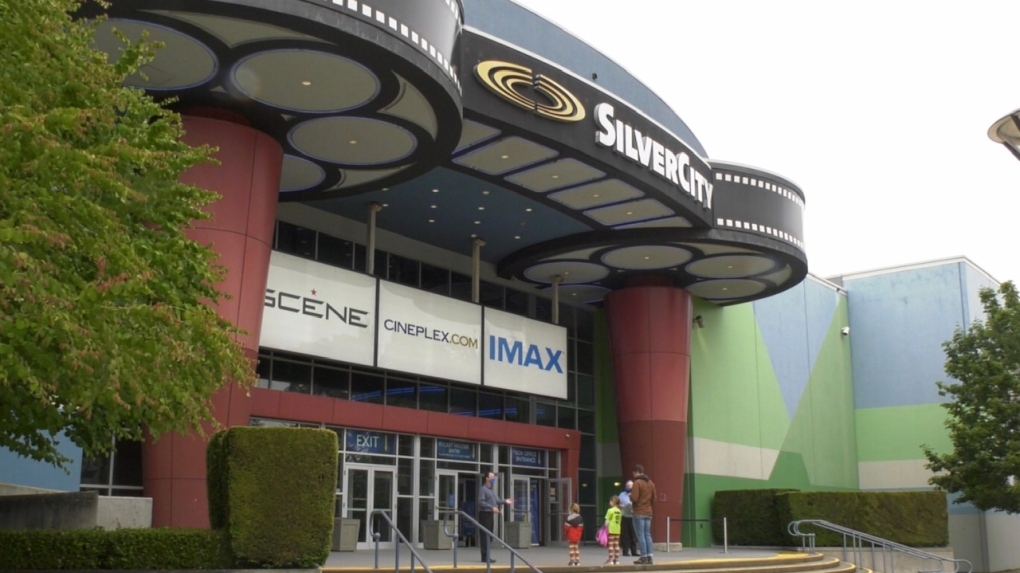 VICTORIA -- Several movie theatres across Vancouver Island and British Columbia are reopening just in time for the weekend, after being closed for months due to COVID-19.

Avid movie fans were excited to get inside and watch a film on the big screen at the SilverCity Victoria Cinemas at the Tillicum Centre on Friday.

But, the theatre experience will be different from what most are used to.

Health and safety protocols mean there will only be 50 people allowed inside any one of the auditoriums at the same time. Seating will also be spread out during each film in order to maintain physical distancing.

Cineplex, which owns SilverCity Victoria Cinemas, says it is following Canada’s public health guidelines, and are recommending that guests wear a mask when they’re are in the theatre.

The company says that guests who forget their mask at home won’t be turned away, and that a supply of masks will be available at the theatre for no charge.

Meanwhile, Cineplex is implementing a host of new sanitizing and cleaning measures across all of its theatres to help keep guests and staff safe.

While there may be several new rules, moviegoers that spoke with CTV News on Friday didn’t seem to mind the new restrictions, and were just happy to finally get a chance to watch a movie.

“We’re very excited. It’s been a long four months waiting to see the movies,” said one local mom who was in line with her son.

“It’s almost as exciting as the playgrounds, when they opened a couple of weeks ago,” said another parent who was standing with his three young daughters.

In addition to reopening their doors, Cineplex has reduced the cost of each movie ticket. Tickets are now $5.00, and if you can go on a Tuesday it’s only $2.99.

As mentioned before, seating is limited and customers will need to reserve a spot online.

Screening times will also be staggered to reduce the amount of people in the theatre complex at any given time, and to avoid congestion at the concession stand.

Further information on the new health guidelines at SilverCity can be found here.