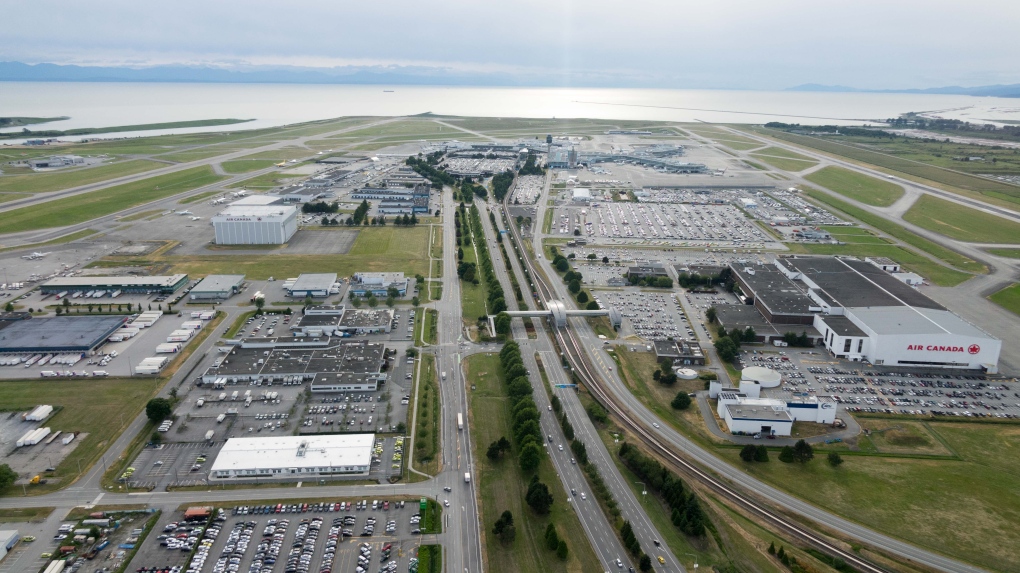 VANCOUVER -- The British Columbia Centre for Disease Control has added four more flights that passed through Vancouver International Airport to its list of public COVID-19 exposures.

In a tweet Saturday morning, the BCCDC announced the additional flights, the first of which happened more than two weeks ago.

Delta flight 3569 from Vancouver to Seattle on July 10 had at least one person on board who has since developed a confirmed case of COVID-19.

The two Air Canada flights were posted with affected rows. Passengers seated in rows 26 to 32 on the London flight or in rows 25 to 31 on the Calgary flight are considered to be at higher risk of exposure due to their proximity to the confirmed case of COVID-19.

No affected rows were specified for the other two flights.

Anyone who was on any of the flights should self-monitor for symptoms for 14 days after the date of the possible exposure, the BCCDC says. People arriving in B.C. from international destinations are also legally obligated to self-isolate for 14 days upon their arrival in the province.

A full list of flights to and from B.C. airports that have had COVID-19 on board can be found on the BCCDC website.