Model of navy helicopter to be added to artificial reef in B.C. 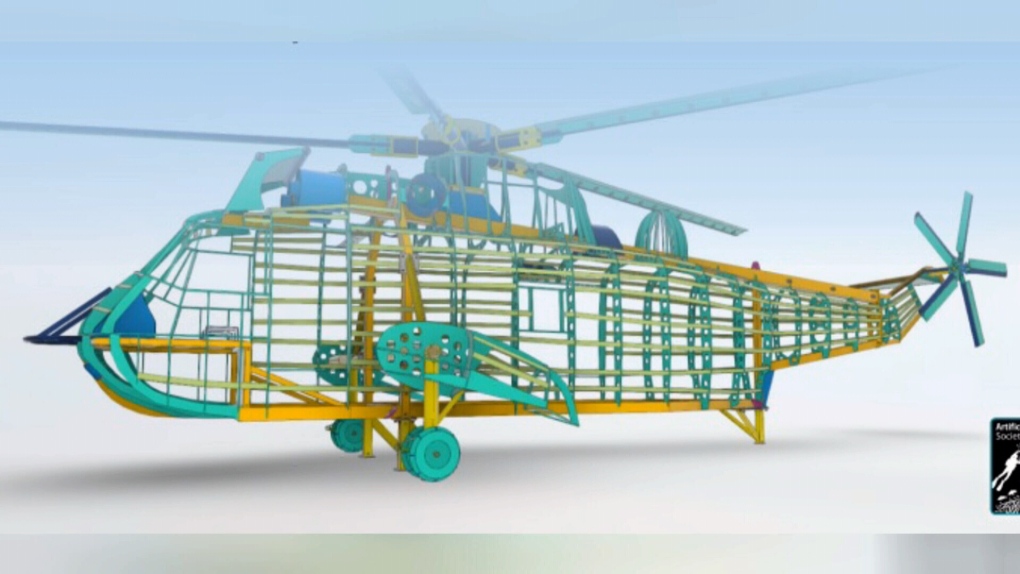 A model of the Sea King helicopter is shown: (Artificial Reef Society of British Columbia)
Victoria -

A group that transforms decommissioned ships into new marine habitats is hoping to expand one of its artificial reefs north of Vancouver.

The Artificial Reef Society of British Columbia has commissioned a full-scale model of a Sea King helicopter to be built and the lowered 70 feet below the ocean surface onto the flight deck of the HMCS Annapolis.

"It creates (a) vertical habitat as opposed to building stuff on the bottom," said Rick Wall, vice president of the Artificial Reef Society.

"It's creating, like, a cliff face so you get different species that colonize at different heights on the ship," he said.

The Annapolis, a former navy destroyer, was decommissioned in 1996. The Artificial Reef Society then arranged to have the ship submerged in Halkett Bay, B.C. in 2015.

Now the Annapolis is home to over 100 species of sea life, from algae to octopuses. 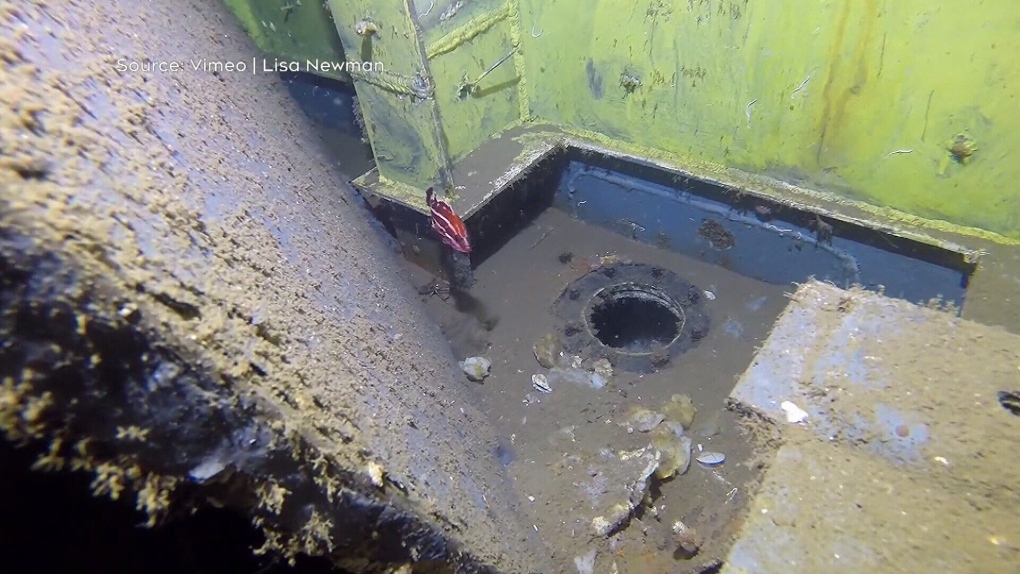 An interior portion of the artificial reef is shown: (Artificial Reef Society of British Columbia)

"(It can) re-establish the total marine environment so that you get a mix of species coming and you create the whole food chain from the bottom feeders right up to things like salmon and rockfish,” said Wall.

"Rockfish have been, in particular, a success story with what we’ve seen on Annapolis – as have the shrimp," he said. "There’s species of shrimp that they haven’t seen anywhere else in Halkett Bay, for instance."

The group chose the Sea King to accompany the Annapolis because it flew off the warship during its service years. The Annapolis was also the first destroyer on the west coast with an assigned helicopter.

The Artificial Reef Society hopes to move ahead on this project in the spring, pending approval from BC Parks.

The Society started in 1991, and now has 9 vessels acting as artificial reefs in the Salish Sea.

Authorities are investigating after confirming that a prop firearm discharged by actor Alec Baldwin, while producing and starring in a Western movie, killed the cinematographer and wounded the director.

Canadian Blood Services is working to update rules about who can donate and plans to submit a request to Health Canada later this year to abandon time-based requirements for gay and bisexual men.

The search resumes for unmarked graves, Canada quietly updates travel advisories, and new pandemic benefits are on the way. Here's what you need to know to start your day.