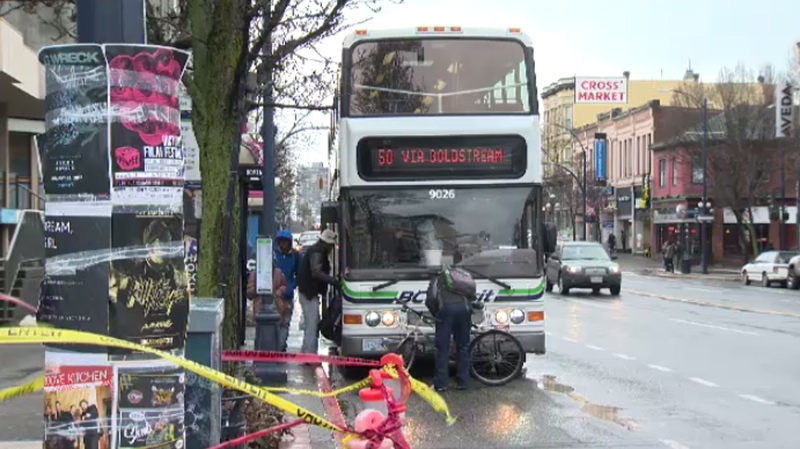 Police are searching for witnesses after a young woman on her way to school was sexually assaulted at a bus stop in downtown Victoria.

It happened at a bus stop in the 1400-block of Douglas Street around 8 a.m. on Feb. 8, according to police.

The 18 year old was waiting at a bus stop on the west side of the street when a man approached her, speaking to her and then sitting down next to her.

She felt uncomfortable and moved away from the man, and that’s when police say he sexually assaulted her.

The woman got on her bus when it arrived and wasn’t physically injured, but reported the incident to a counsellor at her school and then a parent.

Police say the woman did the right thing by seeking safety and then reporting the assault to a trusted adult.

The man is described as a white, about 5’8” tall and between 25-35 years old with a medium build and pierced ears.

He had long dark brown or black dreadlocks, a pointed nose and stubble on his face, and was reportedly wearing a blue plaid shirt with a toque.