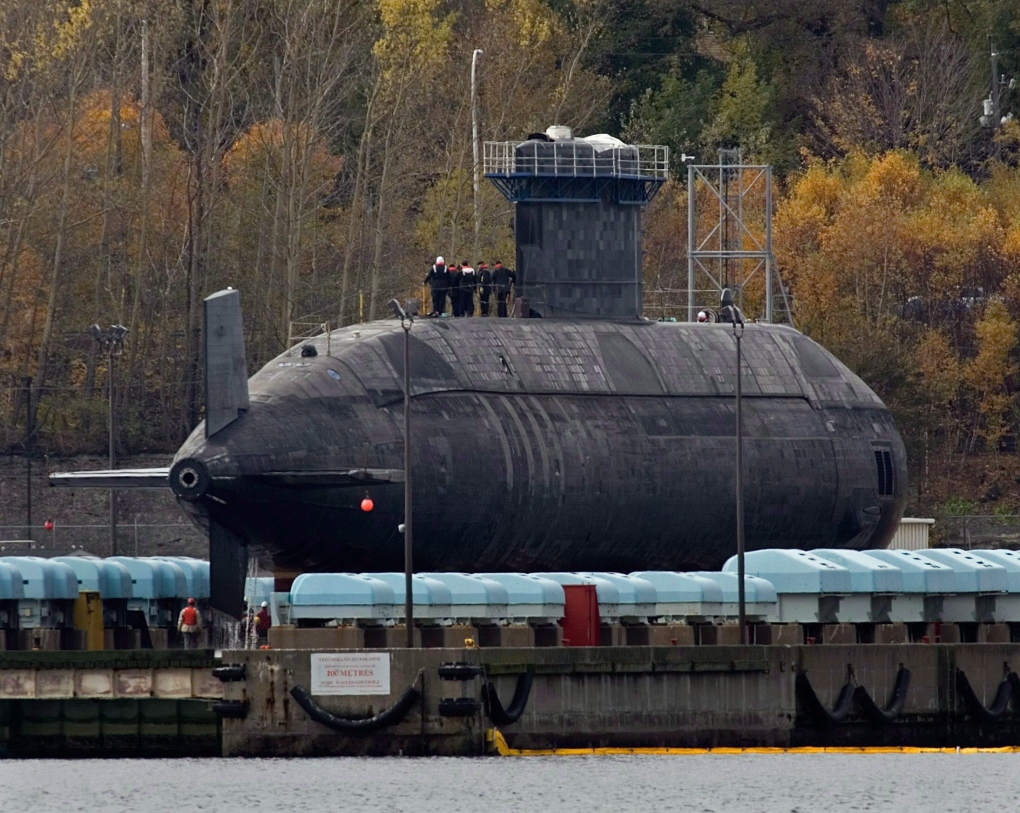 (File photo) HMCS Chicoutimi has been doing trials since Dec. 16 to gear up for exercises with Pacific allies later this year. (THE CANADIAN PRESS/Andrew Vaughan)

ESQUIMALT, B.C. - The Royal Canadian Navy's only operational submarine on the West Coast is doing training exercises as it readies for operations after undergoing repairs to dozens of problem welds, a spokesman said Wednesday.

Katelyn Moores, with Maritime Forces Pacific, said HMCS Chicoutimi has been doing trials since mid-December to gear up for exercises with Pacific allies later this year.

“They did repairs and inspections and then ... she was returned to sea,” she said from Esquimalt, B.C.

She said she couldn't provide any details about the Pacific exercises due to operational security.

The return to sea follows a lengthy repair and inspection process after problems were discovered in late 2015 with 30 welds on the Victoria-class submarine. Vice-Admiral Mark Norman had said the welding work was done by a subcontractor hired by a contractor working on both Chicoutimi and HMCS Victoria as well as some surface ships in Victoria.

He said the welds were passing inspections, but the navy did not realize at the time that the inspection process itself was flawed.

Moores said she didn't believe any problems have been detected on Chicoutimi since her return to sea. HMCS Victoria is undergoing the inspection and repair process, but Moores says it's not clear when that will be done.

Last spring, Norman said Chicoutimi would be fixed first, followed by Victoria, which was being used for training. HMCS Windsor is operating from its home base in Halifax. The navy's fourth sub - HMCS Corner Brook - was undergoing deep maintenance.

Canada's four long-range, diesel-electric submarines were bought from Britain's Royal Navy in 1998 for $750 million, but the transition to full Royal Canadian Navy operations has not been smooth.

The sub program has endured years of setbacks, including a fire aboard Chicoutimi in 2004 that killed Lt. Chris Saunders and sent two others to hospital during its first Canadian voyage.

HMCS Corner Brook hit the ocean floor during training exercises off Victoria in June 2011 and will be out of service until at least next year.