It was a welcome at the Victoria International Airport reserved only for champions.

When Pacific FC made their way out of the arrivals gate on Monday, they were greeted by cheering fans. Many of those fans have been supporting the team since its inception three years ago.

"The championship is the first of many for sure but that doesn’t diminish the once-in-a-lifetime feeling of it," said one fan.

"This is the championship that we’ve been waiting for," said another.

"Having these fans come out means everything," said Jamar Dixon, a Pacific FC player.

When Pacific FC scored the winning goal in Sunday’s game, a 55-year Vancouver Island championship drought was lifted, and with that comes some obvious benefits.

"Since Sunday night we’ve done quite well," said Alexa Costa, director of partnerships and business operations with Pacific FC. "People are excited to get their hands on (merchandise)."

The league has put out a championship line of team swag. It’s exclusively sold through the team’s online store and the demand has been nothing short of staggering.

"I’m up 73 per cent," said Brad Norris-Jones, vice president of operations with Pacific FC. "I just checked that this morning to where we were last year on sales, so that’s a pretty good up."

If someone you know is looking for a championship shirt or hat this year, you better act fast.

"We definitely will run out," said Costa. 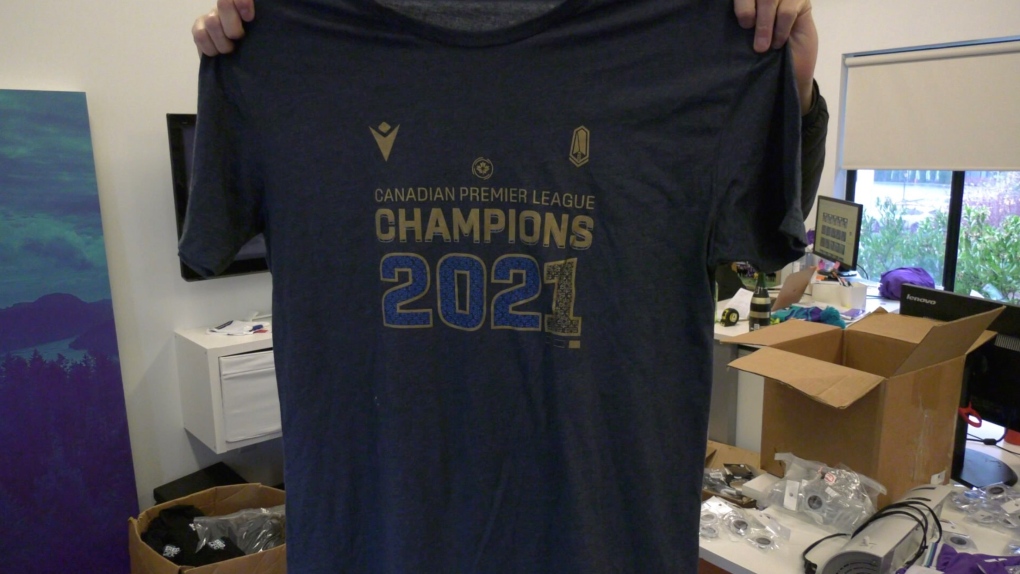 "Since we won Sunday night we have exploded," added Norris-Jones. "Our season tickets are what’s for sale right now."

It’s early days and numbers haven’t yet been totalled, but season ticket sales for next year are on pace to outsell this season’s already.

"Season tickets are definitely up over last year's trending for sure," said Norris-Jones.

Work is already going on behind the scenes to expand the Starlight Stadium to accommodate all those fans.

"We’ll make sure we’ll expand the stadium here so that we can have more fans enjoying this great game of soccer," said Stew Young, the Mayor of Langford.

The City of Langford is currently in talks with BC Hydro about the expansion.

"What’s going to happen is that pole right there will be gone once hydro takes that out in 2022," said Norris-Jones, as he pointed to a giant power pole that runs along the property that the stadium sits on.

Once that hydro pole is removed, Langford will begin work on expanding Starlight Stadium to accommodate an extra 4,000 fans. Included in that expansion will be 13 new luxury suites, bringing the stadium’s capacity from 4,800 to nearly 9,000.

That expansion is expected to be completed by 2023.