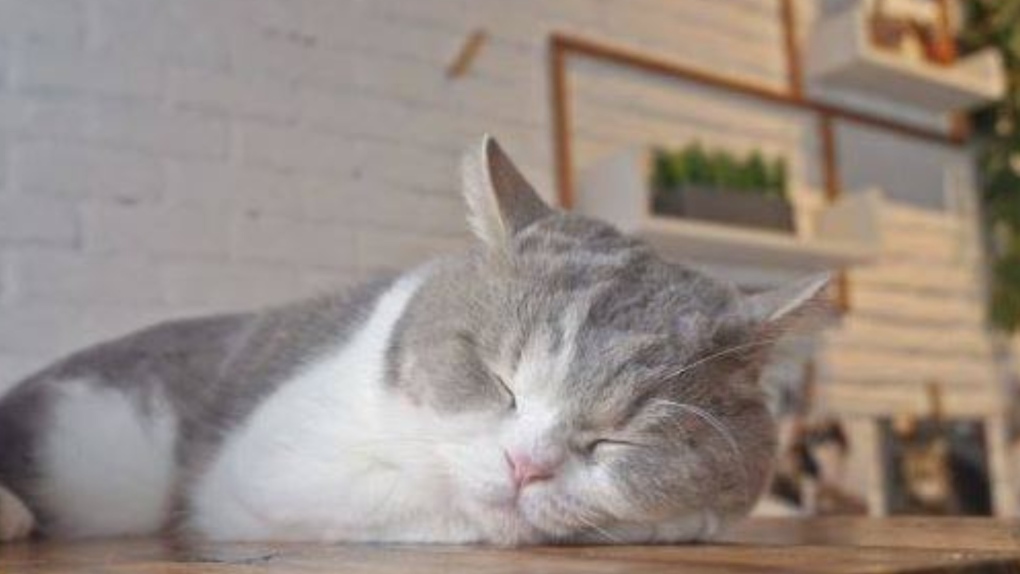 A Victoria woman has launched a crowdfunding campaign to try to open the city's first-ever cat café.

A cat café combines coffee, furry companionship and animal adoption all under one roof, according to crowdfund creator Ashley Dieter.

"I'd like to open up a cat café in Victoria because there are a lot of apartment buildings that don't allow people to have pets," Dieter told CTV News.

"There's a lot of people who maybe have partners or family members or roommates who are allergic to pets. Or, they're a student or only living here temporarily who may not be able to house a pet so I want a place in the community where people can get their pet therapy in," she said.

A cat café doesn’t just benefit the humans who visit. Dieter is already working with animal rescue organizations across the city to find adoptable cats that could live comfortably in a café setting.

Dieter plans for every cat resident who lives in the cuddly café to be fully adoptable by customers who may fall in love with one of the felines.

Dieter's online fundraising campaign, Mask and Mantle Cat Café, launched on Sept. 8 and will remain open for one month until Oct. 8.

It hopes to raise $7,500 in that time to help cover initial opening costs, which include renovating a café space to accommodate cats, applying for all relevant permits and signing an initial lease.

While a specific location has not been decided yet, visitors will hopefully be able to see the Mask and Mantle Cat Café at a location that is accessible to as many people as possible.

Dieter says she's optimistic that the crowdfunding will succeed and hopes to have Mask and Mantle up and running next year.

Latest updates on the cat café can be found at Mask and Mantle's Facebook page here.