Hundreds of Vancouver Island students have left their schools and taken to the lawns of BC's Legislature Friday morning to participate in a global climate strike.

Alongside youth from over 150 countries around the world, students have converged in BC's capital and plan to occupy the intersection of Government and Belleville Streets starting at 2:00 p.m. this afternoon for 11 straight hours.

The road closure is meant to represent 11 hours of action for the 11 years until 2030, the deadline for the planet to stop a rise of 1.5 C in global temperatures to prevent environmental catastrophes, according to the United Nations. 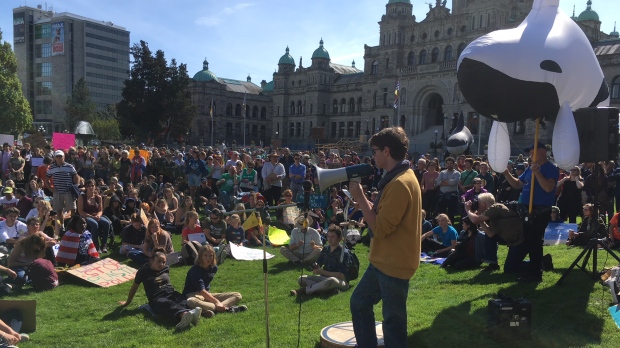 The protest also included a lengthy chain of students lying down on the ground for six minutes, representing their six environmental demands to prevent a fatal future for upcoming generations in what is described by organizers as a "die-in". 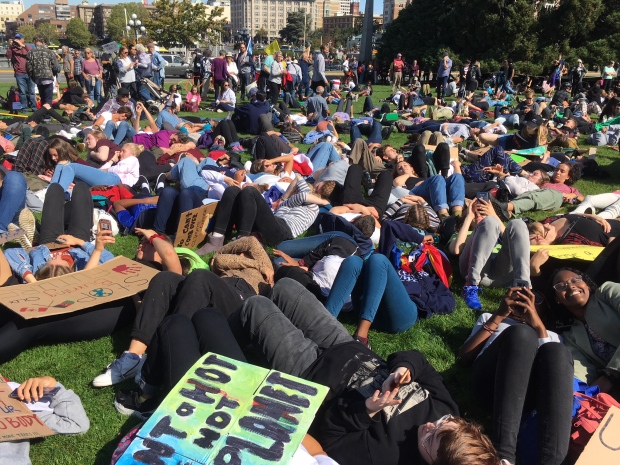 Meanwhile, a similar climate protest is taking place in Nanaimo. Protestors plan to march along Commercial Street to Terminal Avenue North and back. 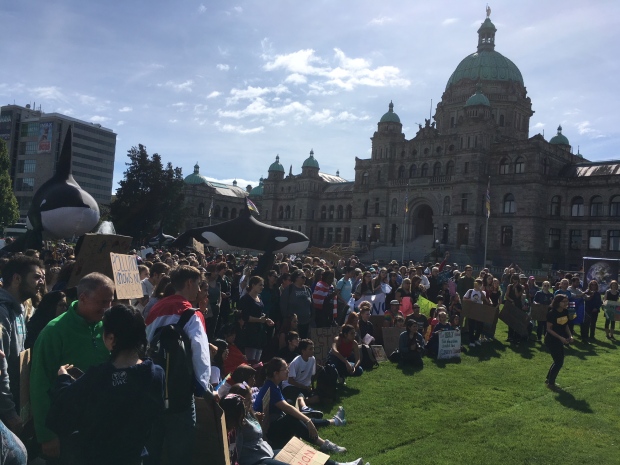 The students in Victoria are joined by local environment group, Extinction Rebellion, which has held a number of environmental protests in the past, including a mock hanging just outside of CTV Vancouver Island's newsroom on Tuesday.