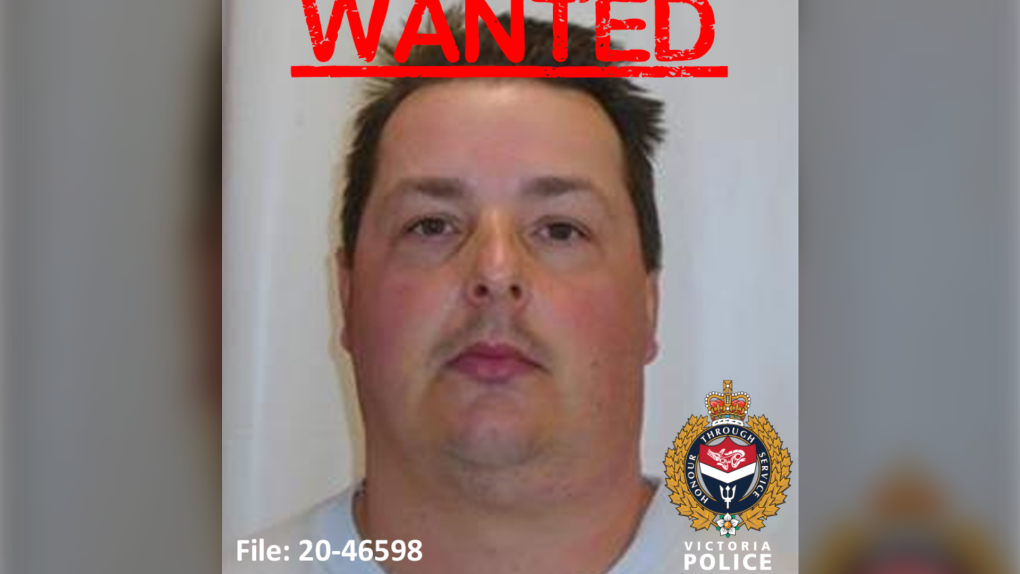 Police are searching for Jason Soukochoff, 40, who is wanted on a Canada-wide warrant: (VicPD)

VICTORIA -- Police are warning residents of Greater Victoria to be on the lookout for a man who is wanted on a Canada-wide warrant for breaching parole conditions.

Officers are searching for Jason Soukochoff, 40, who reportedly violated parole conditions in Nanaimo but is believed to be in the Victoria area.

Police say that Soukochoff has an "extensive violent criminal history" and that he should not be approached if seen. Some of his convictions include robberies targeting elderly people.

He is described as a white man who stands 6' 2" and who weighs roughly 260 pounds. He has a large build, dark brown hair and hazel eyes. Police say the photo of Soukochoff is recent.