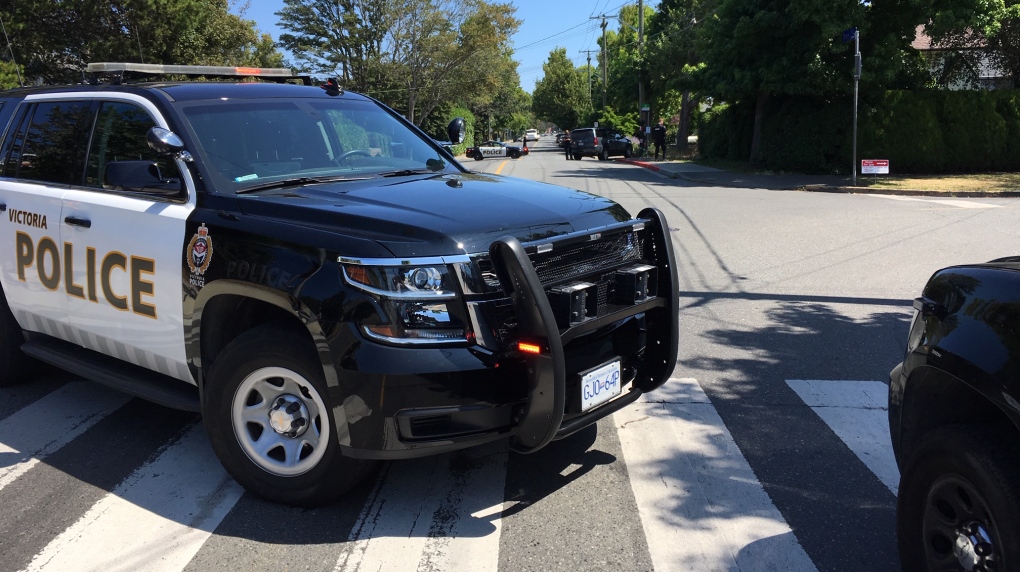 A Victoria man is facing 11 weapon- and drug-related charges after police found a number of illegal items in his possession Wednesday.

According to VicPD, police were investigating reports of a theft at approximately 3 a.m. in the 2900-block of Douglas Street when a man accidentally discharged a can of bear spray nearby.

Police approached the man and began to search him for the animal deterrent.

During the search, officers found a range of illegal and dangerous items, including an electric stun gun, two knives and two cans of bear spray.

They also discovered break-in tools, including a cutting torch, and drugs that had been "packaged for trafficking," including fentanyl, methamphetamine and GHB (gamma hydroxybutyrate), which is described as a "date-rape" drug by Health Canada.

All the items were seized by police alongside several mobile phones and approximately $2,000 in cash.

The man will be held in police custody until Thursday morning when he is scheduled to appear in court.