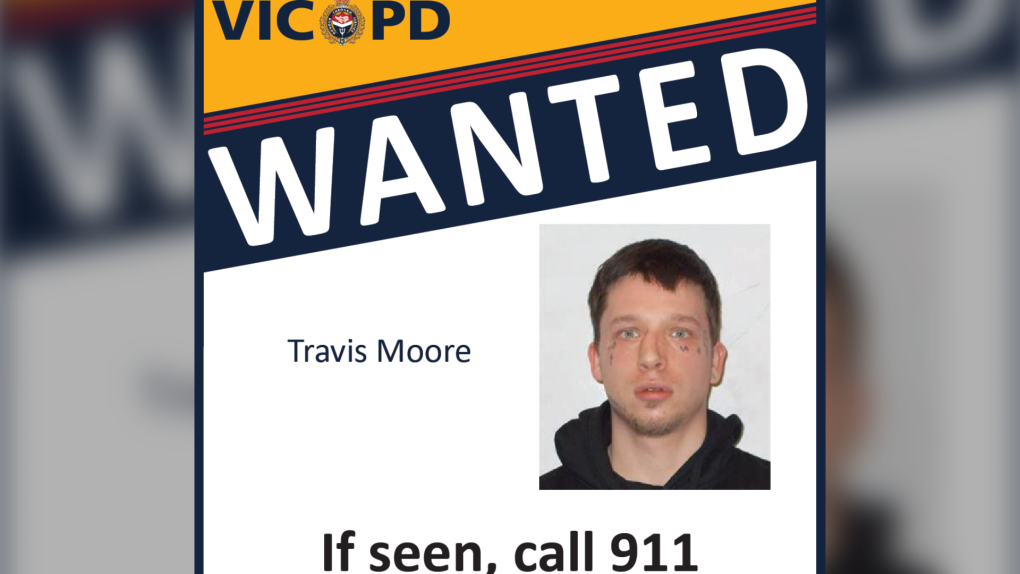 Police are searching for Travis Moore, 28, who is wanted on a Canada-wide warrant for breaching his statutory release conditions: (Victoria Police)

VICTORIA -- Victoria police are on the lookout for a man wanted on a Canada-wide warrant who evaded officers in Beacon Hill Park on Sunday.

Police are searching for Travis Moore, 28, who is wanted for breaching the conditions of his statutory release. He is currently serving a five-year sentence for multiple convictions including robbery, assault, assault causing bodily harm and break and enter.

Victoria police say they received a report that Moore was in the Beacon Hill Park area around 4 p.m. Sunday.

When officers arrived, they spotted him, but he reportedly fled into a bushy area of the park.

"Despite their best efforts, officers were unable to locate Travis Moore at that time," said VicPD in a release Monday.

Police are now seeking the public's assistance in finding Moore. He is described as a white man who stands 5'7" tall and weighs approximately 150 pounds. He has short brown hair, blue eyes and several tattoos on his face.

Police say that anyone who spots Moore should call 911 and should not approach him. Otherwise, anyone with information on his whereabouts is asked to call VicPD's non-emergency line at 250-995-7654 or call Crime Stoppers anonymously at 1-800-222-8477.