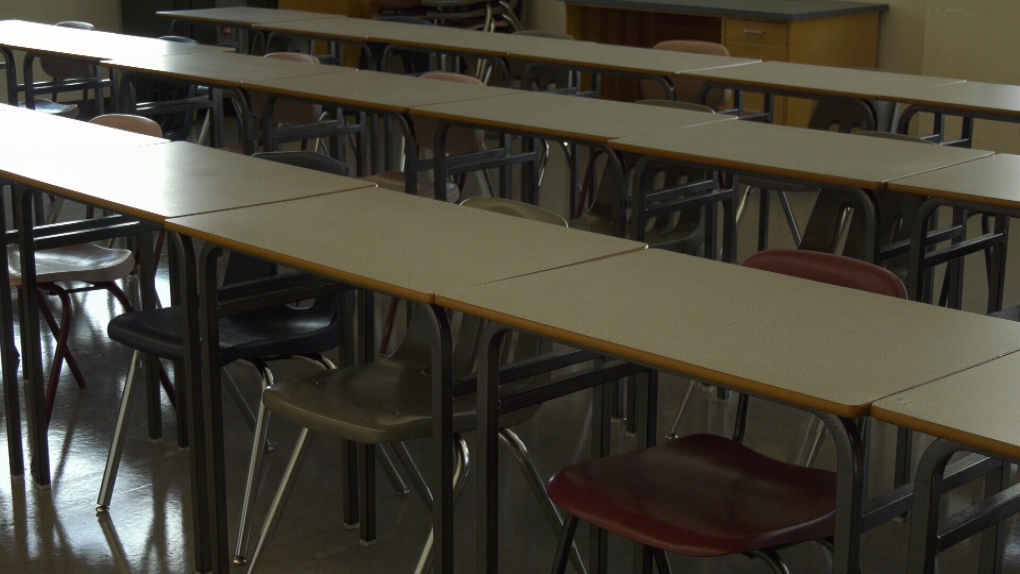 Over the last decade, the Sooke school district has grown from 7,500 students to 11,300. (CTV Vancouver Island)

For school districts across the island, it’s one of the busiest times of the year. The Sooke school district says it’s growing at a rate of four per cent annually, meaning it needs to get creative to make space for new students.

“We added five new portables into the district for September,” says district superintendent Scott Stinson. “We've converted computer lab space in schools into instructional space. We've converted wherever we can into classroom space."

Along with making new space in schools, the district is also working on a long-term plan that includes building two new schools, and adding a 600-student expansion to Royal Bay High School.

“This is a major step forward having a place for students to come together so they're not living in portables,” says Alex Samousevitch, district construction supervisor. “Getting students back in classrooms is our priority.”

Samousevitch says crews are one-third of the way finished and he expects the addition to be completed by next August. The expansion features more classrooms, a gym, and a rooftop basketball court.

While parents and kids are busy shopping for back to school supplies and mourning the end of summer, custodians at Sooke district schools are getting ready to welcome 1,400 students back.

“You start at the top and work your way down,” says Dough Stewart, a custodian at Langford’s Belmont High School.

While staff there say they are excited to see students fill the hallways, the start of each school year is bitter sweet.

“It’s great to see the kids come back and welcome new faces, but my least favourite thing is seeing the kids from Grade 12 leave,” Stewart says.

“You’ve seen them grow up from Grade 9 to Grade 12 and then they leave and you don’t get to see them again.”