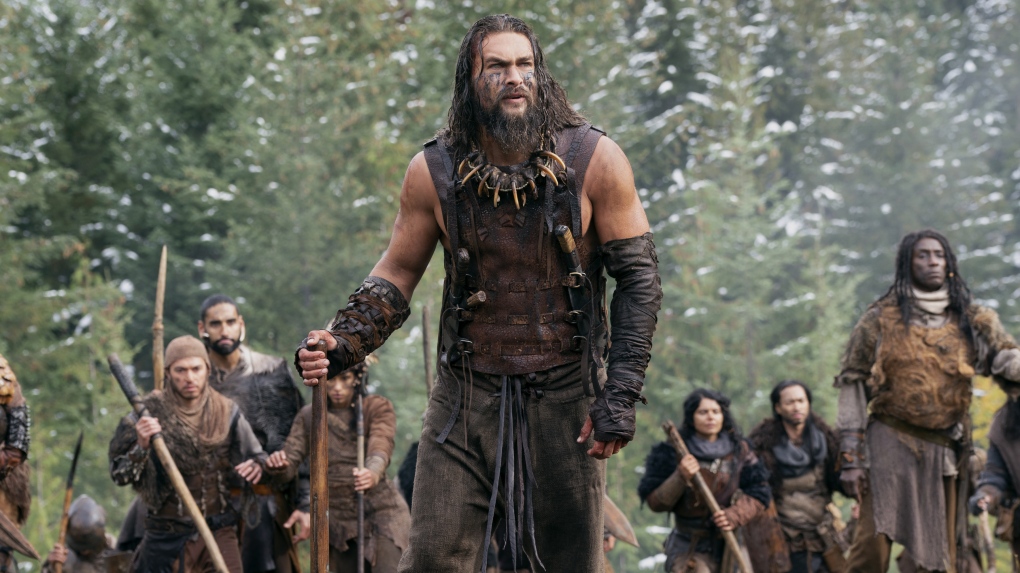 Jason Momoa is seen in an Apple TV trailer for the upcoming series, See. (Apple)

For several weeks last fall actor Jason Momoa was the talk of Campbell River when he was in the area shooting a mini-series for the new Apple TV service.

Now locals are able to see some of what he was up to now that the official trailer for the series has been released.

According to Apple TV, See is a drama set 600 years in the future, when a virus has nearly decimated humankind and left those who did survive it without sight.

The trailer indicates that Momoa's newborn children are born with sight and the battle is on over what to do with them.

A large part of the series was shot west of Campbell River in the Strathcona Park area. Locals who are familiar with the area have noticed portions of Buttle Lake and Myra Falls in the extended trailer.

Some are beginning to speculate the breathtaking scenery featured in the series could lead to tourism opportunities if fans show the desire to see where key scenes were filmed.

Sophie St-Pierre is the spokesperson for Strathcona Park Lodge, an outdoor education facility located near the entrance to the park along Highway 28.

"In great movies like Lord of the Rings, people are travelling to places to go see where that was filmed," St-Pierre told CTV News.

She sees no reason the same couldn't happen with fans of See.

"It's really beautiful scenery. You can see Myra Falls is just down at the bottom of Buttle Lake. It's a great spot for people to hang out in the summer, go have a swim in it. You see part of the end of Buttle Lake as well."