Two injured after car crashes into group of students in Sooke 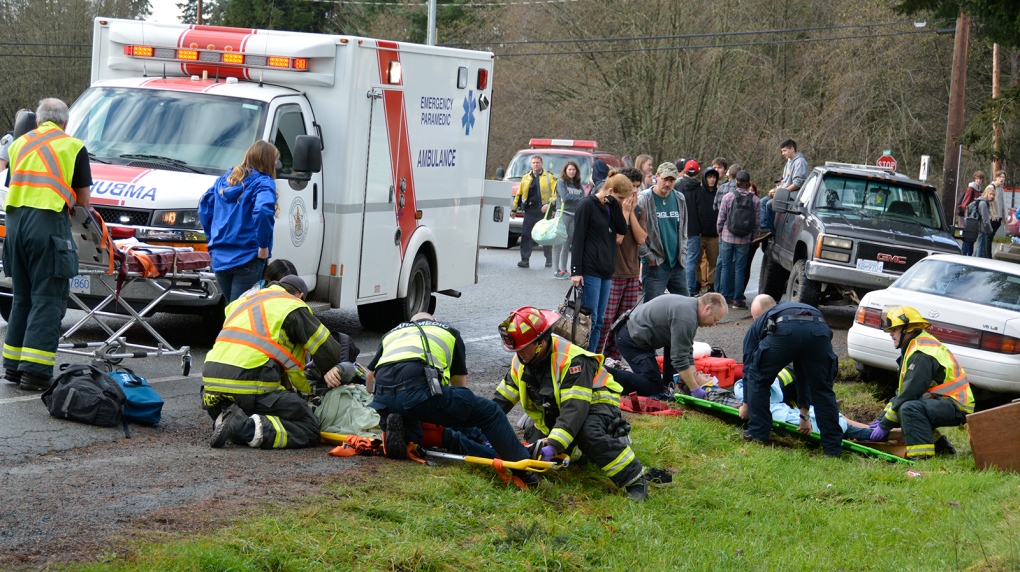 Police say a new driver in Sooke lost control of their vehicle and ploughed into a group of students walking along the road, sending two students to hospital Friday.

The collision happened around 11:15 a.m. in the 6200-block of Sooke Road near Edward Milne Community School, according to police.

Shocked classmates could be seen gathered at the scene of the crash while first responders placed the victims on spinal boards.

They were transported to hospital by BC Ambulance with non-life threatening injuries.

The cause of the collision is still under investigation, but RCMP said speed and inexperience appear to be factors. Alcohol doesn’t appear to be a factor.

Counselors at Edward Milne are assisting students who saw the frightening collision, and a letter was sent home to parents of students informing them of the incident.

“On behalf of the EMCS staff and school community, we wish the students a speedy recovery,” the letter reads. “Our thoughts are with all the families at this very difficult time.”

The crash occurred beyond the school speed zone. Charges against the "N" driver under the Motor Vehicle Act are likely, police said.

RCMP said it investigating whether there were too many occupants in the car at the time of the crash.