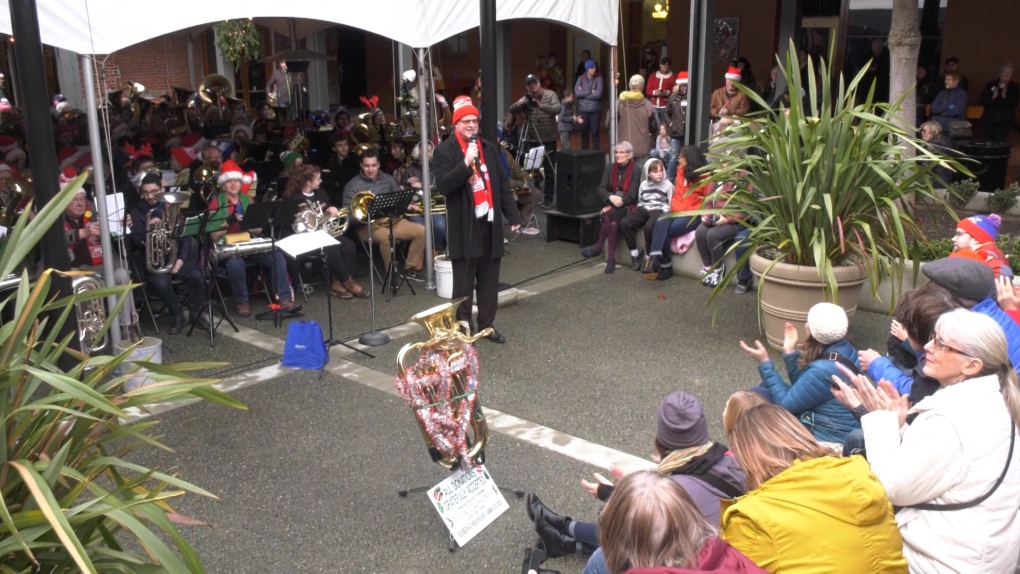 VANCOUVER -- More than 100 musicians gathered for an annual Christmas concert in downtown Victoria's Market Square Saturday afternoon, but the instruments they brought with them weren't the assortment typically found at an orchestral performance.

Each and every musician in the square brought with them either a tuba or a euphonium - the tuba's smaller, higher-toned cousin.

The concert was the 41st annual Tuba Christmas, an event that has grown considerably in size over the years.

Euphonium player Dennis Latham has performed at every edition of the event, which he said featured only a dozen or so performers when it first started.

Now, the concert is a marquee event, Latham said, drawing performers of all ages from all around the province.

"Half the kids, this morning at rehearsal, I didn't know," he said.

Latham said the appeal of the concert - beyond its unusual instrumentation - is the accessible songlist.

It's also an opportunity for tuba and euphonium players to spend time together and enjoy each other's company, Latham said, referring to those assembled as his "brethren."

"Euphoniums, you only have maybe two in a high school band, so to have this many euphoniums is very unique," he said.

The event serves as a fundraiser for the Times-Colonist Christmas Fund, which assists the people most in need in the Greater Victoria community.