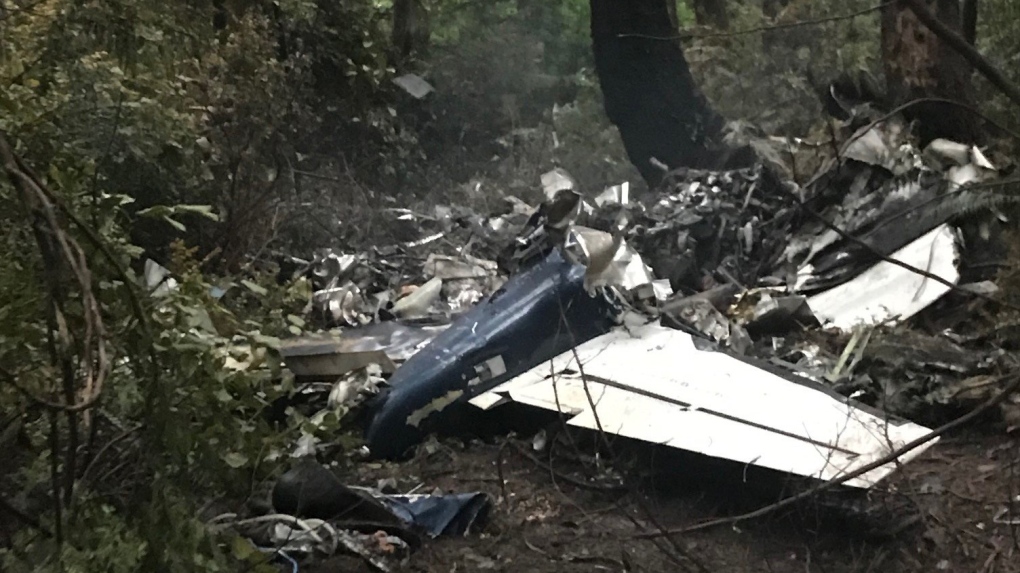 VANCOUVER -- Investigators from the Transportation Safety Board of Canada have wrapped up their on-site work at the scene of the fatal plane crash on Gabriola Island this week, but it could still be weeks before the board issues its final conclusions on what caused the twin-engine aircraft to fall from the sky.

In an update issued Friday evening, the TSB said its investigators had concluded the "field phase" of their investigation into the crash that killed pilot Alex Bahlsen and his two passengers, a man and a woman who have not been publicly identified.

The next phase of the investigation will be examination and analysis of the evidence collected at the crash scene, with a final report due to be produced after that phase is concluded.

The wreckage of the Piper PA-60-602P plane has been removed from the crash site and will be "securely stored for further analysis," the TSB said.

An occurrence report that Transport Canada issued Friday noted that the plane had experienced a "system/component failure or malfunction [non-powerplant]" before it collided with the ground.

The TSB has not commented on the cause of the crash, saying only that it occurred as the aircraft was "in the process of conducting an instrument approach to Runway 16 of Nanaimo Airport."

"It is important not to speculate or draw conclusions as to causes at this time," the TSB said. "There are often many factors that can contribute to an accident."

'We knew this day could come,' family says

Members of Alex Bahlsen's family issued a public statement on his death Friday.

"We as a family are absolutely devastated," the statement read, in part. "We knew this day could come; however, Alex always had a way of making us feel like it never would."

Bahlsen, 62, was the great-grandson of Hermann Bahlsen, the founder of a highly successful German cookie company. A statement from the company indicates that Alex Bahlsen had no official role within the business.

Bahlsen immigrated to Canada more than 30 years ago and had homes in Alberta, Mexico and Mill Bay, B.C.

The family said a celebration of life will be held at the Bomber Command Museum of Canada in Nanton, Alta., on Dec. 20.