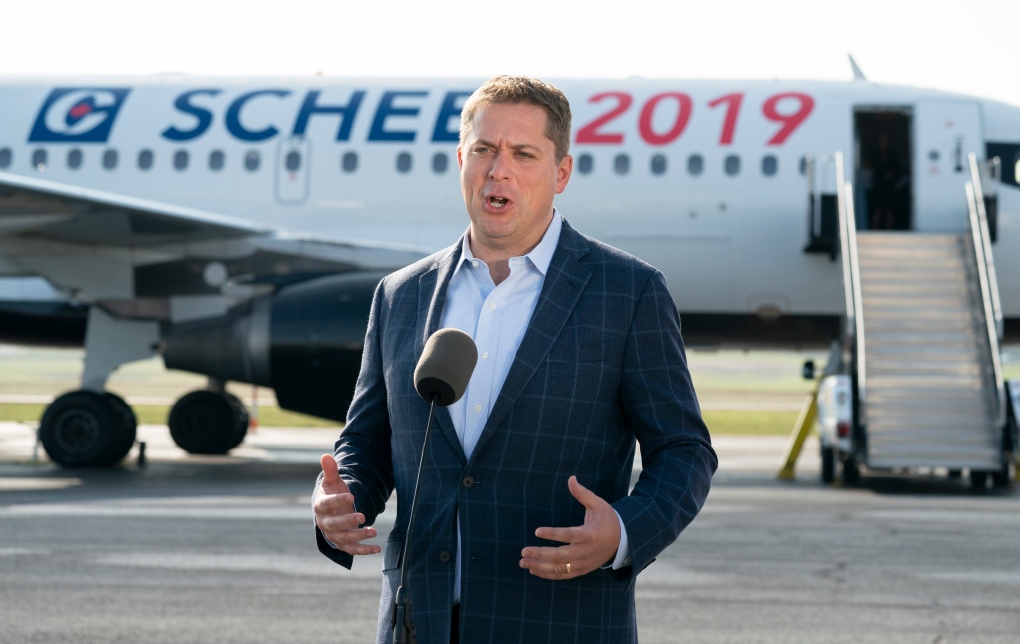 Conservative Leader Andrew Scheer talks with reporters prior to boarding his campaign plane in Ottawa on Wednesday, September 11, 2019. (THE CANADIAN PRESS/Paul Chiasson)

The guitar-driven tune is packed with Vallance's trademarked pop-rock zeal, as a chorus of voices belt lyrics that include: “A brand new day, a better way, it's time for you to get ahead.” A bilingual version offers the second and last verses in French.

Vallance's chart-toppers include Adams' hits “Cuts Like a Knife,” “Run to You,” “Summer of '69” and “Somebody.” He's also provided songs for Michael Buble, Aerosmith, Rod Stewart and KISS.

The federal election campaign formally launches today, with the vote set for Oct. 21.

Conservative Leader Andrew Scheer kicks off his campaign in Quebec and Ontario, while Prime Minister and Liberal leader Justin Trudeau is set to fly to British Columbia for a rally in the NDP-held riding of Vancouver-Kingsway.

The NDP will be in London, Ont., while the Greens are in British Columbia, where Elizabeth May will launch her campaign in Victoria.