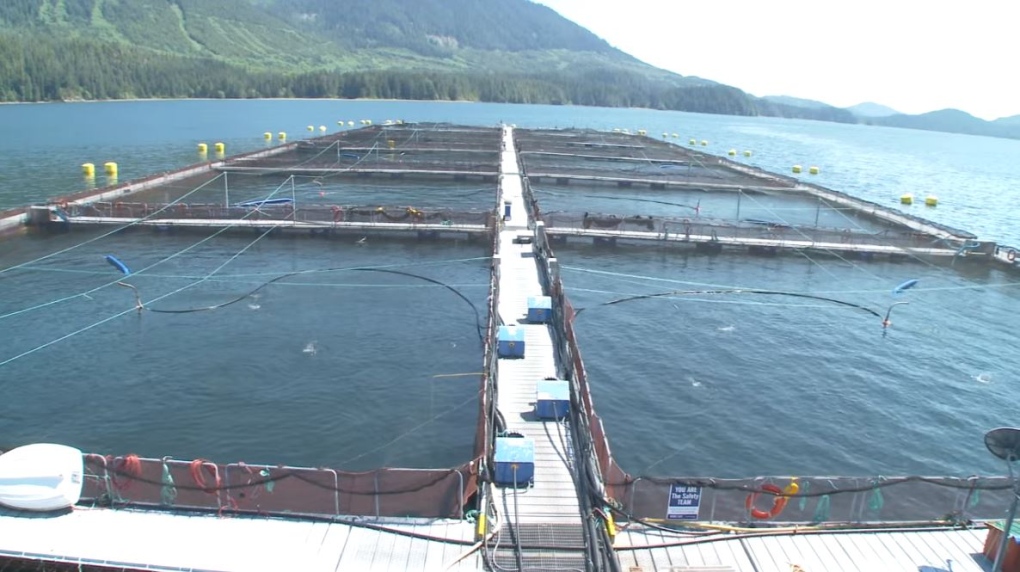 The three farms, located on the west coast of Vancouver Island in the Herbert Inlet, are found at Binns Island, Bawden Point and Ross Pass.

According to Cermaq, the fish are being targeted by an aggressive form of algae that is native to the region.

"We are seeing two particular types of algae in these regions – chaetoceros concavicornis and chaetoceros convolutes – which are both native to the Pacific Ocean," said David Kiemele, managing director for Cermaq Canada in a news release on Friday. "These particular algae have rigid 'spines' that are harmful to fish when they come in contact with gills."

The fish farm company says that current environment conditions are ideal for this type of algae to grow.

"Blooms are often associated with low dissolved oxygen events and warm ocean water temperatures and weather changes – all of which we are, or have been, experiencing," said Kiemele.

While the harmful algae bloom is causing mass die-offs for the farms, Cermaq says it has deployed fish protection countermeasures that have already caused conditions to improve.

The countermeasures include minimizing activity at the farms to reduce stress for the salmon, a temporary hold on feeding the fish so that the fish swim to lower depths away from the algae and running an upwelling system that will pump water from deeper ocean depths into the farm, diluting the algae.

Cermaq adds that while it sometimes deploys an algae skirting or bubble curtain to provide a physical barrier between the salmon and algae, the curtains would not be effective now as the algae has already entered the systems.

Cermaq says that it has contacted the Ahousaht First Nation about the recent algae bloom and salmon mortalities, as the fish farms are located on their territory.

On Thursday, Fisheries and Oceans Canada (DFO) told CTV News in a statement that four Cermaq Canada salmon farms had been impacted by the algae. The fourth farm report mass die-offs is located in Miller Channel, according to the DFO.

The government agency added that Cermaq reported these events to them on Nov. 7. Moving forward, the DFO says that updates must be sent by the company once every 10 days.

"DFO is satisfied that the facility operators are managing these fish health events appropriately, consistent with their conditions of licence and fish health management plan," said the agency in a statement.

"Departmental staff will visit some of these sites during the week of November 25 to 29 as part of its audit and monitoring program."