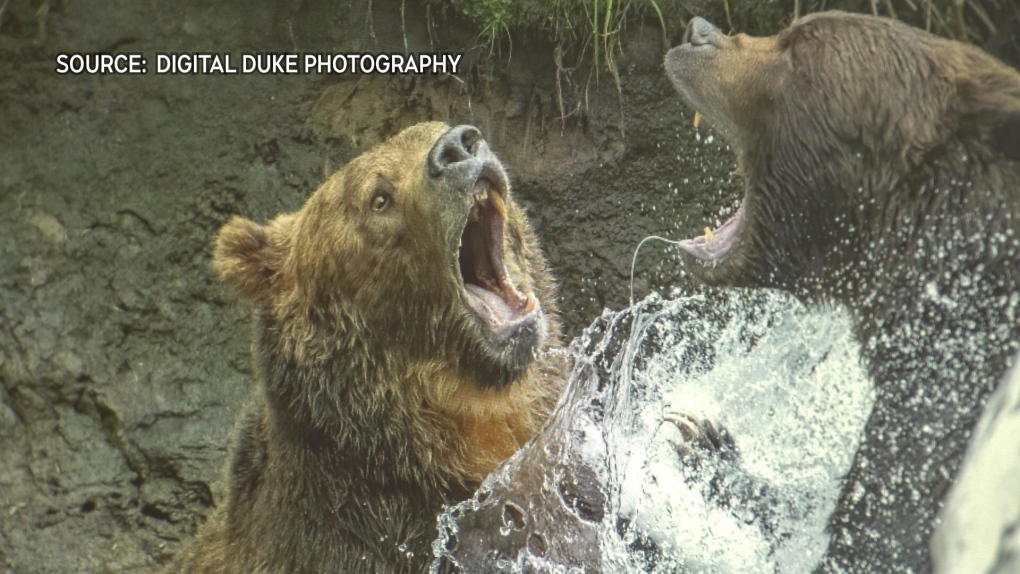 The photos were taken in the Toba Inlet area of B.C.: (Digital Duke Photography)

PARKSVILLE -- A Vancouver Island photographer who seems to have the knack for being in the right place at the right time to catch amazing wildlife encounters has done it again.

Wayne Duke of Digital Duke Photography captured images of two grizzly bears locked in a heated battle in Toba Inlet on Oct. 1, and now those images have ended up in an English tabloid.

"They did a little bit of posturing and then all of a sudden the water just exploded and the sounds and the noise and splashing and the action – it was quite amazing," Duke says of the battle.

He was with a group of four other photographers out looking for grizzlies in an area they had all been to previously.

"We did the COVID-19 procedure and booked a private trip and went up into Toba Inlet for the day, with the idea of obviously photographing grizzly bears," he says.

A friend of Duke's sent one of his photographs to an agency in England which then resulted in several of the images appearing in the Daily Mail.

Duke says neither bear was hurt and the encounter didn't last long, but it was long enough that he was able to capture several spectacular images. He has since received several calls from people hoping to get prints of the battle.

"I'm not in it for the money. If I can cover my basic expenses and be able to produce something that you'd like to hang on your wall, that makes me happy," he says. 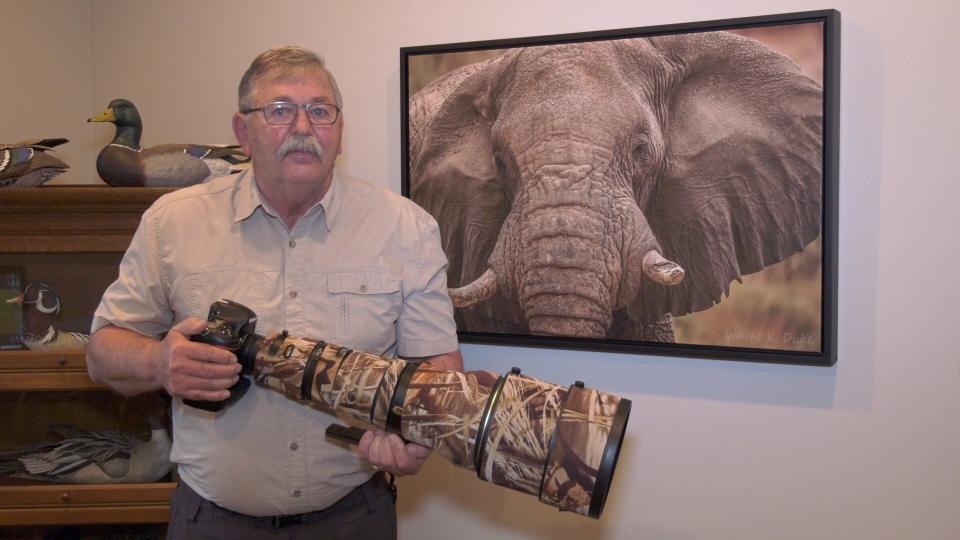 Duke says he was previously scheduled to be the lead photographer for a project in Africa last month but the trip was cancelled when COVID-19 hit.

He's hoping restrictions are lifted next year so he can attempt other projects on his photographic bucket list. He's hoping to be able to go into Washington State in May to photograph fox kits when they come out of their den.

"I don't want to make a lot of plans for 2021 and be disappointed that I can't do them so I'm just kind of floating and playing it by ear," Duke says.