Legendary Canadian prog-rocker Geddy Lee kicked off a brand new tour in Victoria Wednesday evening, but not in his usual style.

"It’s a bit of an unusual thing for me to be out on ‘tour’ but not be playing," Lee told CTV News.

He's touring in promotion of his book, Geddy Lee’s Big Beautiful Book of Bass, on a cross-country tour of signings and photo-ops with fans, starting with Bolen Books in Victoria.

Each ticket sold included a copy of Lee's book, and an opportunity to meet him and have the book signed. The Victoria signing sold out all 500 available tickets.

Fans began lining up in the early afternoon, five hours before the event began. Rush fan Loran Werrun had been waiting in line since 2 p.m.

"I never thought I’d have a chance to meet Geddy, and I couldn’t miss it for the life of me...This was the opportunity of a lifetime," he said.

At 7 p.m., Lee emerged from a doorway to cheers and claps from fans lined up in a queue zig-zagging through nearly the entirety of the bookstore’s vast aisles. 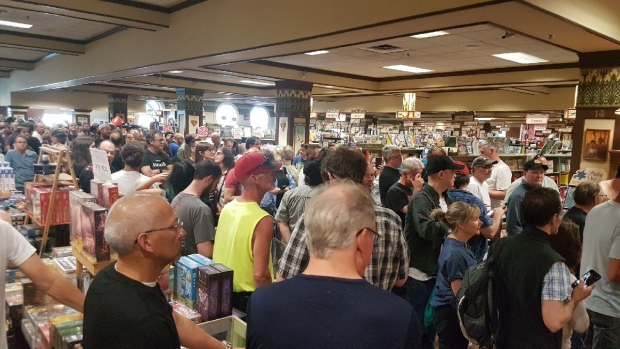 Vaughn Naylor, promotions and event coordinator at Bolen Books, said the event has been in the works for about a month or two.

"When [publisher HarperCollins] said we had the opportunity to bring Geddy in, we jumped on it," he said. "We sold out pretty quickly. We kept some tickets aside just in case, but as soon as they were released to the public it was like wildfire."

Lee has done a few book signings in the past and enjoyed them. He said this is the first time he’ll be doing them “back to back, to back, to back, to back,” and is looking forward to meeting fans and saying hi, even if he doesn’t have much of a writing hand by the end of the tour.

"It is the book I set out to make," Geddy said of the Big Beautiful Book of Bass. "It was a huge learning experience for me, which is good. I love new projects and I love learning new stuff. It was great." 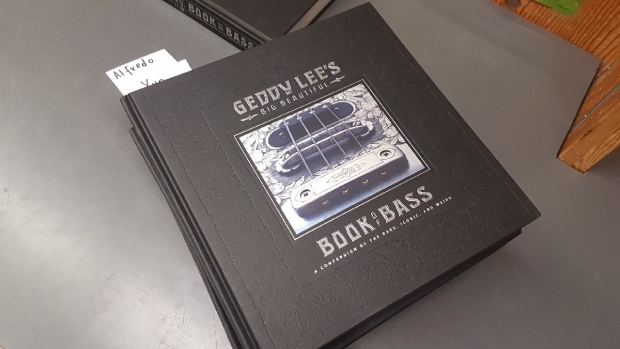 The iconic bassist also told CTV News he hadn’t been to Victoria since the '80s. "It’s nice to be back. It’s so beautiful here, and it’s a great day, so it’s all good."

It may have been a book signing, but fans were adorned in full Rush garb. T-shirts from every Rush era could be seen and the crowd seemed overjoyed at the opportunity to meet and get a signature from the Canadian icon.

The tour continues in Vancouver May 23 and makes stops across Canada through June 4.

More info about the book tour can be found at Rush's website.