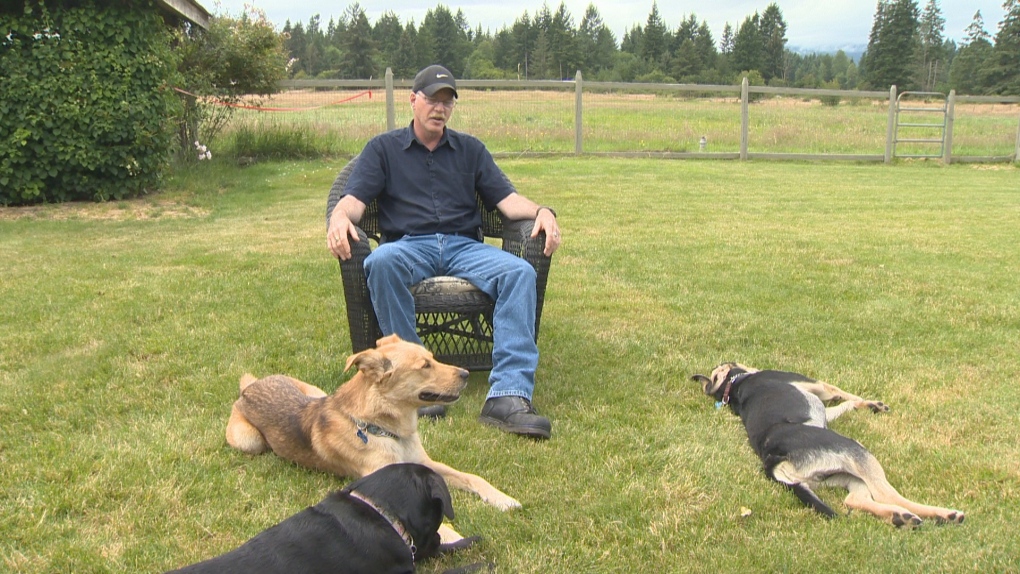 Animal behaviourist Ken Griffiths along with his dogs Jack, Malina and Jake, will live among wild wolves on the north tip of Vancouver Island for two months as part of a research experiment. July 4, 2016. (CTV Vancouver Island)

The province has pulled the plug on a North Island man’s plan to introduce his pet dogs to a pack of wolves while camping.

Ken Griffiths is an animal behaviourist who had planned to spend two months cohabitating with wolves in a remote area in the northern tip of Vancouver Island.

The Port McNeill man said after his stories aired on CTV News, he was contacted by conservation officers and the Ministry of Forests.

According to Griffiths, the province told him it does not have a problem with what he wanted to do, but required the proper applications and research permits before he could do it.

Griffiths said he will rethink his plans.

In an email to CTV News the province said, “It is our understanding that he had not fully considered the scope of what would be required.”