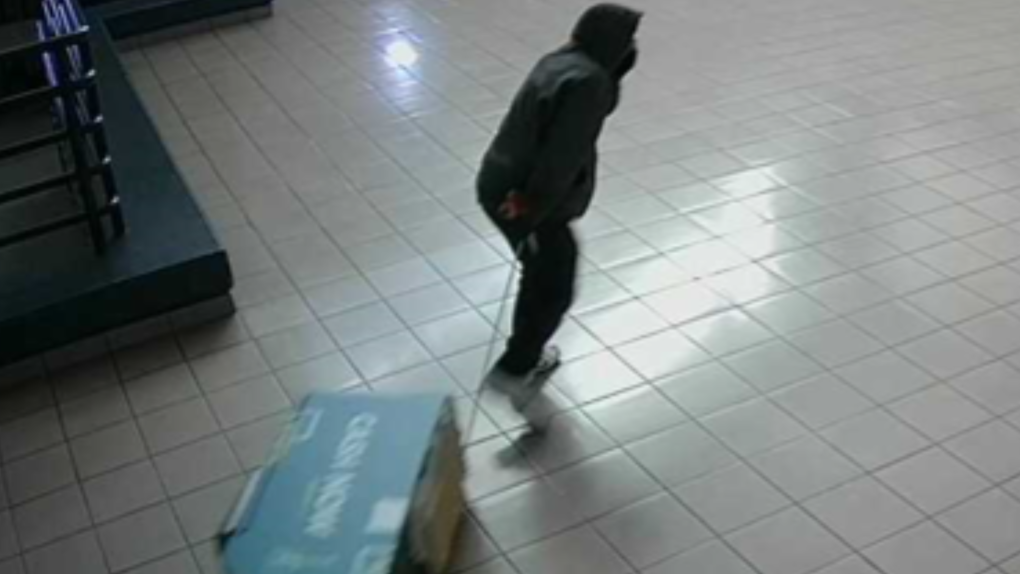 Anyone who recognizes the man, or who may have information on the incident, is asked to contact the Sooke RCMP. (RCMP)

VICTORIA -- The Sooke RCMP are seeking the public’s assistance in identifying a man who broke into a high school and smashed open an ATM.

According to police, the break-in occurred on March 17. Mounties say that the man entered the school by climbing through a window. He then ripped an ATM that was inside the school out of a wall and dragged it across the building before breaking it open.

He then left the school through a door that he had opened from the inside. 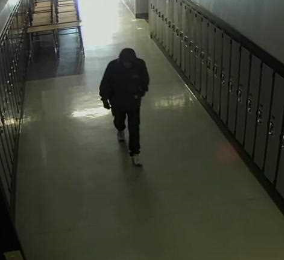 A successful tip could lead to a cash reward, say police.