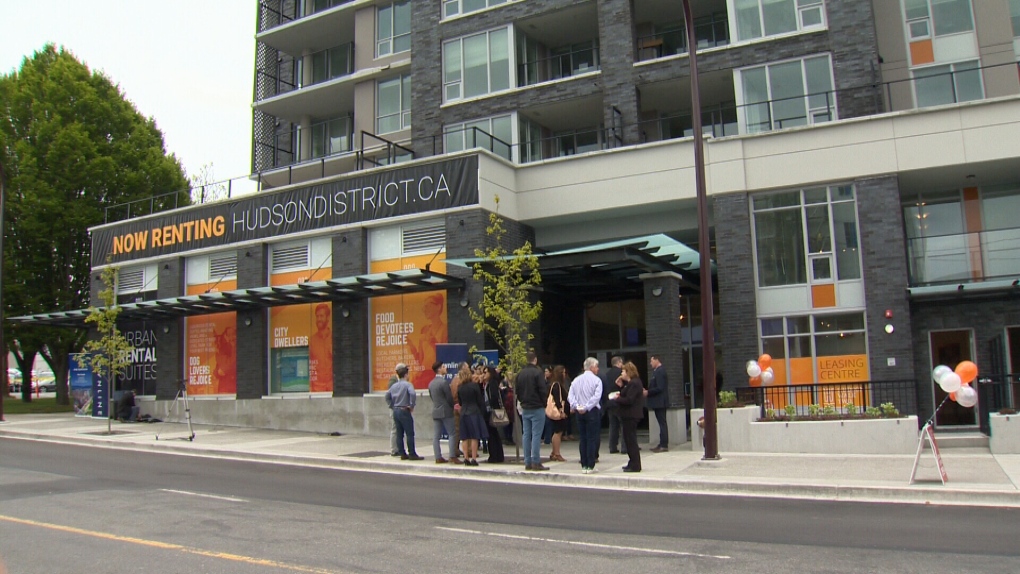 Townline’s newly built mid-rise building, Hudson Walk Two, offers 106 pet-friendly units in the heart of Victoria’s downtown from $1,500 per month for a one-bedroom to nearly $2,000 per month for a two-bedroom.

Half of the building has already been leased and the other half was expected to be leased by the end of the week.

“This is fantastic. 106 units means 150 or so people, that’s new downtown residents,” said Mayor Lisa Helps at the opening ceremony. “It’s good for retail, it’s good for the city, it’s good for eyes on the street, it’s good all around.”

Helps said the reason the vacancy rate is so low is because in the five years between 2011 and 2016, the population of Victoria proper rose by 5,775 people.

“That’s a good problem to have and this is a fantastic solution,” she said.

Landlord BC says while the prices for units are at the higher end of the market, there’s still a large demand for this kind of housing.

“When you have such a shortage of supply, what we need is to have this kind of product to fill a segment of the market, and then what that does is it frees up some of that older stock which comes in at perhaps a little more affordable price point,” said CEO David Hutniak.

He said the fact the entire building accepts pets will also provide relief for cat and dog lovers who have struggled finding a place to house them and their furry friends.

“I think as we build more and more supply, we’re going to see more and more pet-friendly buildings and that’s really the best way to solve that problem.”

Residents will be able to start moving into the building sometime in mid-August, according to Townline.