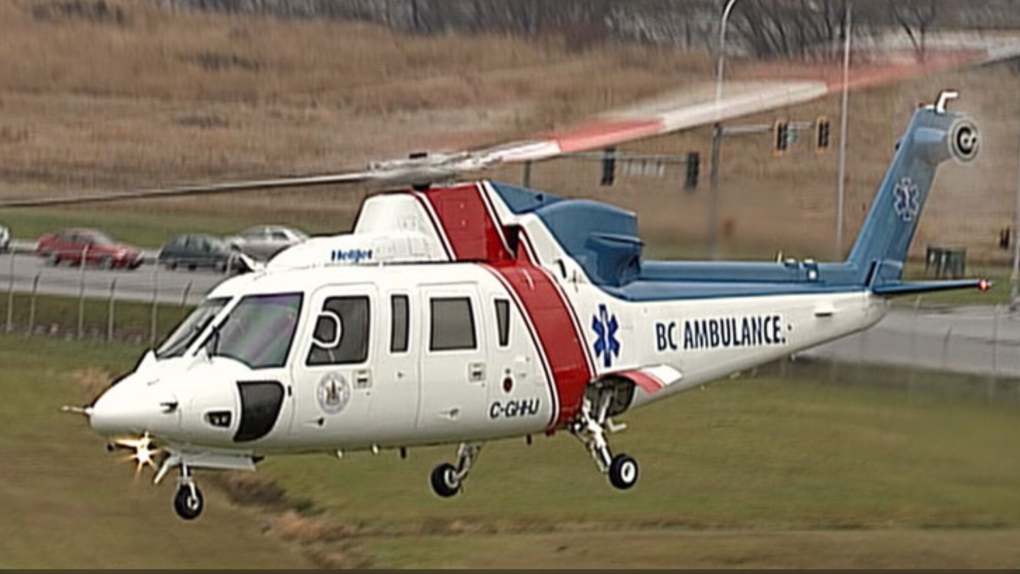 VICTORIA -- A Parksville man was rushed to Vancouver General Hospital via an air ambulance on Monday evening after being struck by a car.

According to Oceanside RCMP, the collision occurred around 10:40 p.m. along Highway 19a near Bay Avenue.

Police say the driver of the vehicle, a 26-year-old Parksville man, was driving northbound along the highway when “at the last second” he spotted a man crossing the roadway.

The pedestrian, another 26-year-old Parksville resident, was then hit by the car and knocked to the ground.

Mounties say the driver immediately pulled over, asked a passerby to call an ambulance and provided first aid while first responders were en route to the scene.

Mounties say that speed and alcohol are not considered factors in the crash at this point. RCMP traffic analysts believe that darkness during the evening, dim lighting and the fact that the pedestrian was wearing dark clothing while crossing the street in an area where there is no crosswalk are contributing factors in the crash.

Anyone with information on the collision, or who may have dashcam footage of the area, is asked to contact Oceanside RCMP at 250-248-6111.