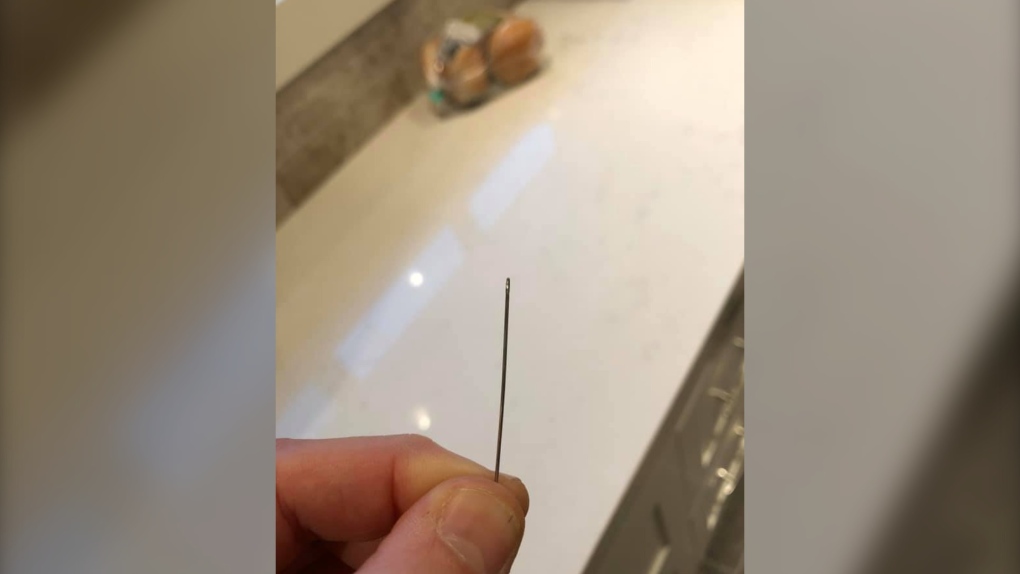 Josh Stevens says his wife was eating a lunch bought from the Red Barn Market in Oak Bay Monday when she felt the needle in her mouth. (Josh Stevens/Facebook)

VICTORIA -- An Oak Bay woman is raising the alarm after she found a sewing needle in pre-packaged food bought from a Victoria grocery store.

Josh Stevens says his wife was eating a lunch bought from the Red Barn Market on Oak Bay Avenue on Monday when she felt the needle in her mouth.

Stevens says the needle must have been inside one of four pre-packaged items she was eating; shredded carrots, shredded beets, mixed greens and bagged bean sprouts. 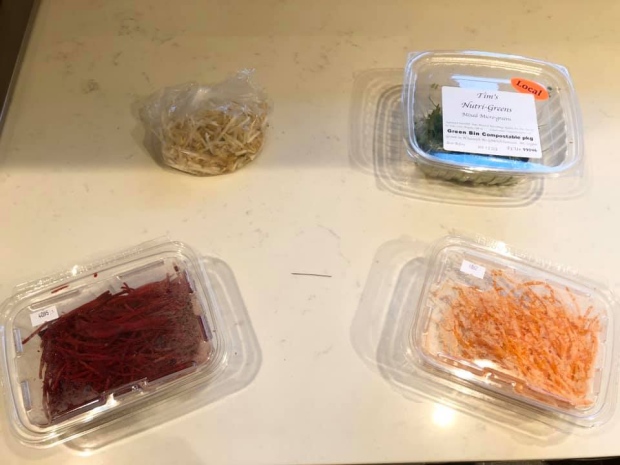 "At this time, there is no evidence to support criminality so we have contacted the store and are contacting the health authority," Bernoties said. "The store has taken action including removing the product from shelves."

Red Barn co-owner Russ Benwell called the incident "very unfortunate," and added "we can’t confirm that it was from Red Barn or our suppliers, but we’re definitely doing our due diligence and have contacted all of our suppliers to see, if by chance, it came through their stream.”

Police are not currently investigating the incident.

"If we hear of another event, we will obviously suspect potential criminality but at this time it hasn't been established," Bernoties said.