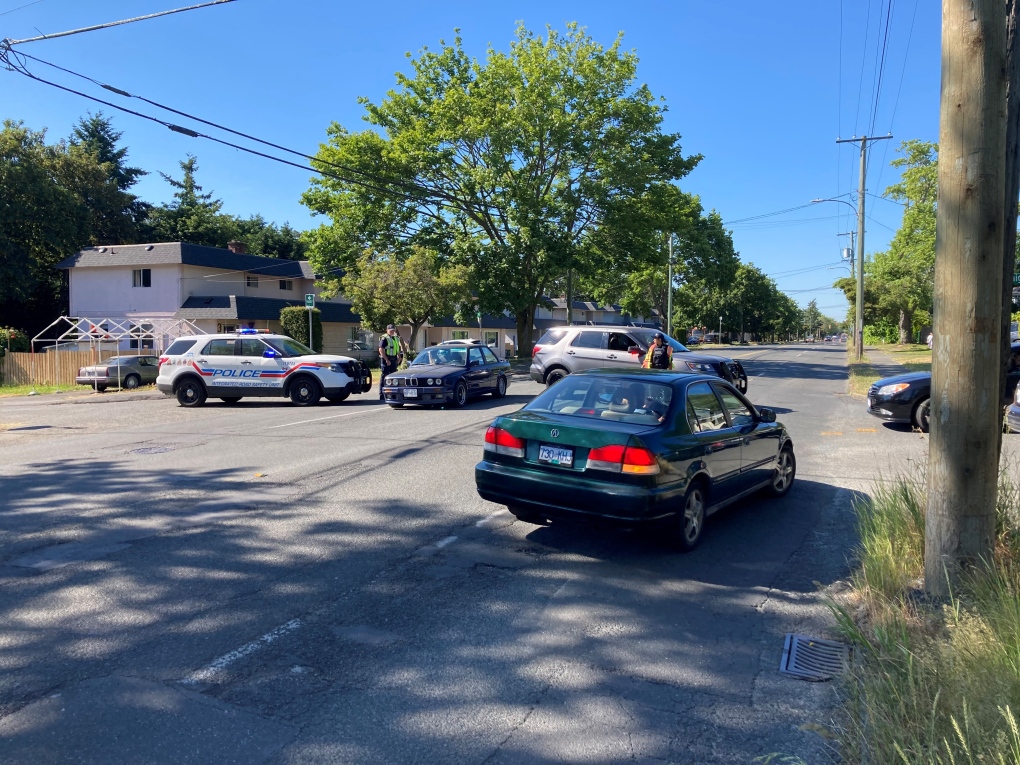 The search lasted until nearly 10 p.m., when the Saanich Police Department tweeted that it had identified and spoken to the men, determining "there were no weapons involved and no risk to the public."

Earlier, a witness had described men "wearing army-type outfits" and possibly carrying a long gun, according to a Saanich police news release.

The Victoria Police Department posted a photo of someone who matched the description, saying that they were also investigating. The suspicious man in Victoria turned out to be one of the people Saanich police were looking for, VicPD said.

Officers conducted ground searches for the men from Mt. Tolmie to McKenzie Avenue with the assistance of an RCMP helicopter, according to Saanich police.

The department tweeted around 5:30 p.m. that one man was in custody, but later clarified that that man's apprehension was unrelated to the search.

The incident reflects a capital region on edge after a deadly shootout at a Bank of Montreal branch on Shelbourne Street in Saanich on Tuesday.

Despite the proximity, police said there was no indication that the suspicious men being sought Thursday were associated with Tuesday's bank robbery.

During that incident, police shot and killed two suspects at the bank. Six police officers were injured, and three of them remained in hospital Thursday.

Investigators said the two men killed during the shootout had not yet been identified Thursday, more than 48 hours after the incident took place.

The Indian capital reintroduced public mask mandates on Thursday as COVID-19 cases continue to rise across the country.

In a striking speech before thousands of North Koreans, leader Kim Jong Un's sister said he suffered a fever while guiding the country to victory over the coronavirus. She blamed rival South Korea for the outbreak and vowed 'deadly' retaliation.