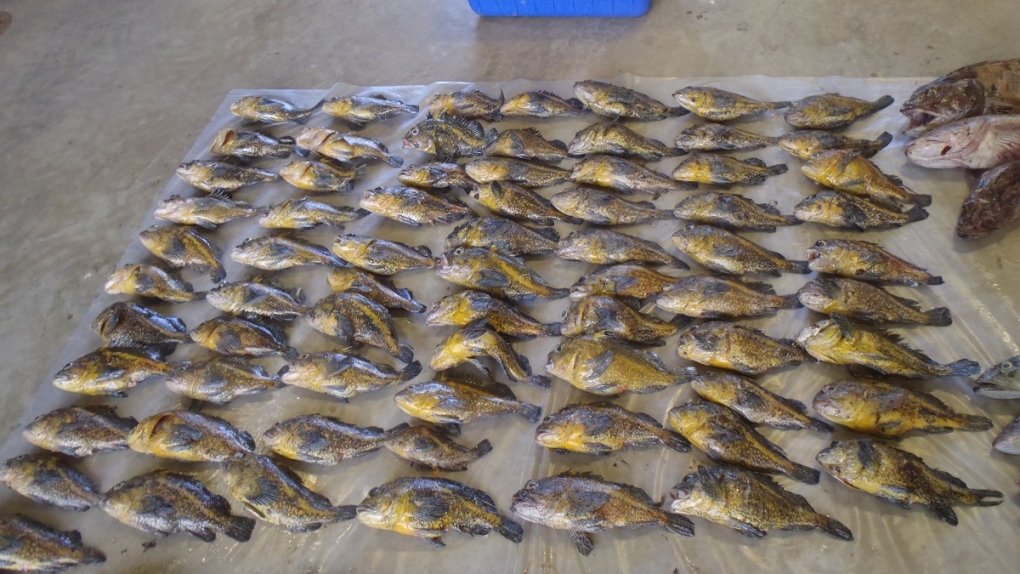 The RCMP said 120 fish were found among the six coolers, far exceeding the possession limit for each person. (RCMP)

Over 100 illegally caught rockfish have been seized from four men on Vancouver Island.

The seizure took place on Sept. 7, when a member of the RCMP's South Vancouver Island Traffic Services stopped a pickup truck that was towing a large trophy fishing boat with no trailer lights on.

Once stopped, the officer determined that the trailer had no brakes, which constituted a safety violation. While writing up the infraction, the officer noticed an "odour of fish" coming from the back of the truck and looked in. There, the officer found two large coolers full of fish.

According to police, four more coolers of fish were located inside the boat, resulting in four men being found in possession of rockfish well over their possession limit along with lingcod that were undersized and illegally kept. 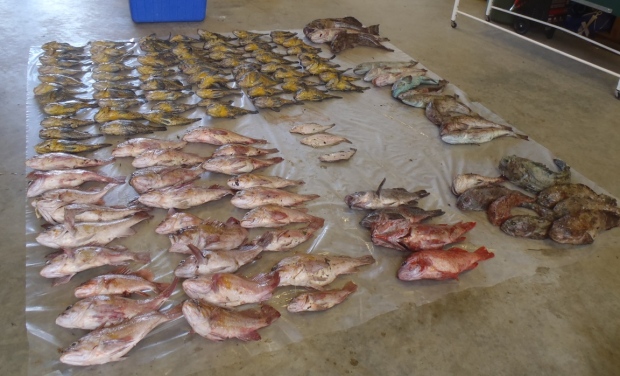 The RCMP said 120 fish were found among the six coolers, far exceeding the possession limit for each person.

With a total of six coolers found, the RCMP contacted Fisheries and Oceans Canada (DFO) to assist with the investigation.

In total, officers found 71 China rockfish (of which the limit is one per person per day), 27 Canary rockfish (the limit of which is three per person perday), two Black rockfish, and two Vermillion rockfish. The coolers also contained eight sculpin, three flounders, and 12 ling cods, three of which were legal size while nine were undersized.

The four men found in the truck are currently under investigation by the DFO and South Vancouver Island Traffic Services for illegal possession of fish contrary to the Fisheries Act and Motor Vehicle Act infractions.

While the incident is under investigation, police say they will be sending their recommended charges to the Crown soon.

"It is these types of flagrant violations that undermine our coastal fisheries that are enjoyed by so many law abiding and conscientious members of the sport fishing community on our island," said Cpl. Chris Manseau of the North Cowichan/Duncan RCMP.

Anyone with information on the incident or other illegal fishing activities is asked to call the DFO report hotline at 1-800-465-4336 or any RCMP detachment.