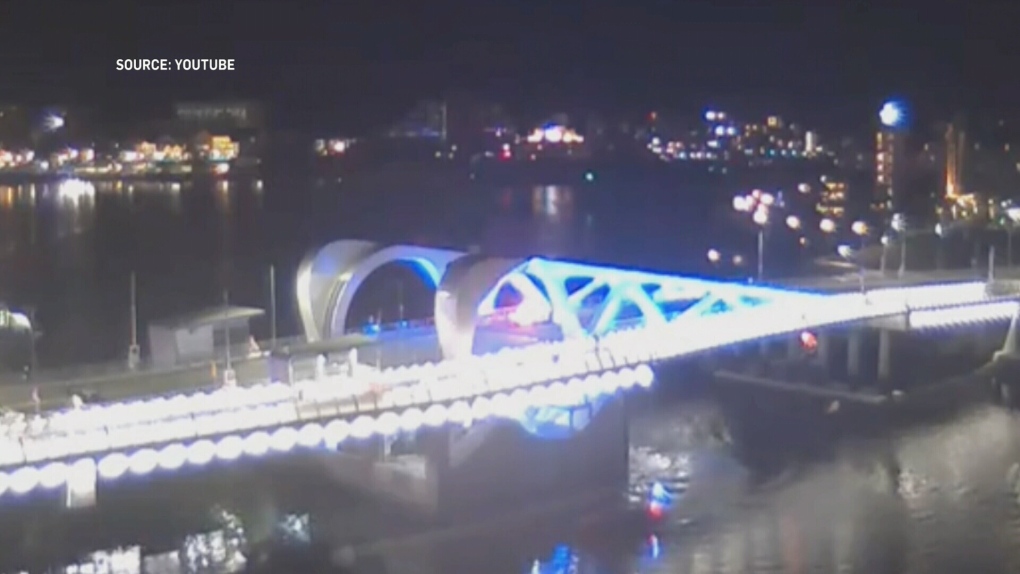 Police and a Canadian Coast Guard vessel was dispatched after a man climbed the Johnson Street Bridge and fell.

VICTORIA - Police in British Columbia's capital say a man has died after climbing the railing of a bridge and losing his balance.

Victoria police say they received multiple calls early Saturday morning reporting that an “intoxicated” man had climbed the Johnson Street Bridge and fallen into the frigid water below.

“There were several people nearby and they were trying to give directions to the man to swim to safety,” Const. Matt Rutherford said Saturday.

“Several VicPD officers arrived within two minutes of the 911 calls and attempted to assist the man but unfortunately were unsuccessful.”

The bridge spans a narrow tidal inlet next to the city's Inner Harbour, connecting the western section of the city with its downtown core.

The Victoria Police Department no longer has a marine response unit, after deciding in 2014 to decommission its two vessels. Officers occasionally wade into the water while responding to emergencies, but Rutherford said it was deemed too unsafe in this case.

A Canadian Coast Guard vessel was dispatched through the Joint Rescue Co-ordination Centre and recovered the man's body.

The BC Coroners Service is investigating.

“Our thoughts are with the man's family at this difficult time,” Rutherford said.