COURTENAY -- They had no idea they were missing a box of treasured memories until the media called them – then they were ecstatic to get them back.

CTV News reached out to Gord and Kosha Lipke, of Bowser, Tuesday morning to verify if they were the family that could be seen in a box of slides featured in a Monday night news story.

Clayton Rogers found a box filled with slides taken in the 70's and 80's last year in the parking lot of the Courtenay Walmart. He took them home initially and forgot about them until he recently remembered he had them when he was de-cluttering his home.

His mother suggested going to media to try to help solve the mystery of who was in the images. 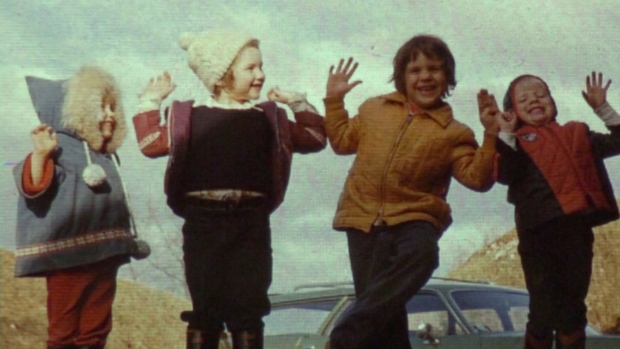 After Monday's newscast, a CTV News viewer assisted in providing clues which led Rogers to the Lipke's.

"I'm really thankful and we'll make it up to Clayton, we really appreciate that," said Kosha Lipke. "It's very nice and very vigilant obviously."

The Bowser couple met up with Rogers Tuesday morning to get the slides back. They believe the last time they saw them was perhaps three years ago.

They have no idea how the box got from their home to the Courtenay parking lot.

"We laid them away in a garage and never noticed they were missing," said Gord Lipke.

Meanwhile, Clayton is happy the slides are back in the hands of their rightful owners whom he was surprised lived not so far away.

"The best result happened because they could have lived in a different part of Canada and would have never gotten them," said Rogers.