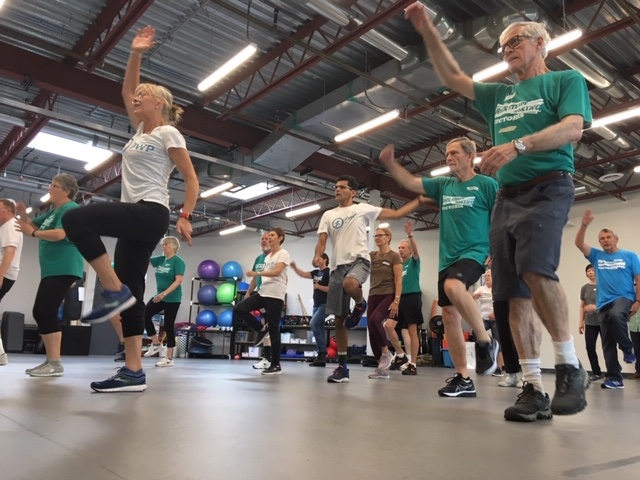 For people living on lower Vancouver Island with Parkinson's disease, there is now a community centre to help them through their journey.

Wednesday marks the official opening of the Parkinson Wellness Project (PWP) in Victoria, located at 2680 Blanshard Street. Staff refer to the facility as a community centre where people diagnosed with the progressive neurological disorder can come together and talk about their struggles with others going through the same journey.

Krista Lavoie, operations manager at PWP, says when someone gets diagnosed with the disease, often people suffer from depression and self-isolation.

One of the most important things someone can do for themselves at the time is to talk about it, she says.

“It’s important that everyone get a chance to do that here.”

Along with the emotional support, the centre emphasises fitness. While there is currently no cure for Parkinson's disease, physicians globally recognize exercise as the number one way to combat the physical effects of the illness, according to Lavoie.

“People with Parkinson's need specific movements to slow their progression, so we use specific exercises that we introduce repetitively throughout our classes,” said Lavoie. “It’s helping regain those movement patterns that you’ve lost.”

Classes vary from circuit training to boxing classes, which benefit local residents like Sukhi Rai who was diagnosed with the disease nine years ago.

Rai says he was an avid runner and knew something was wrong when he started having troubles with his left ankle. After seeing a multitude of health specialists, he finally had a diagnosis.

“It was a relief to finally be diagnosed because I had been living with the symptoms for quite a few years,” said Rai. “I continued to work for a while but eventually I had to go on long term disability.”

For Rai, the centre offers him a weekly routine of exercise, conversation and a place to just come feel as though he is part of a community.

“Without it, I don’t know where I’d be,” said Rai. “It’s been a pillar of my health plan and my battle with Parkinson's.”

The PWP is open to all people with Parkinson's disease and those around them.

“If you have Parkinson’s, everybody in your social circle potentially is living that journey with you,” said Lavoie. “We want all of those people in here and we just want to make them comfortable.”

The centre is 100-percent funded by donors, with no medical or government support. All classes are completely free but often participants will donate what they can per class.

People who are interested in learning more about the Parkinson Wellness Project or are looking for ways to donate to the facility can find out more at their website here.