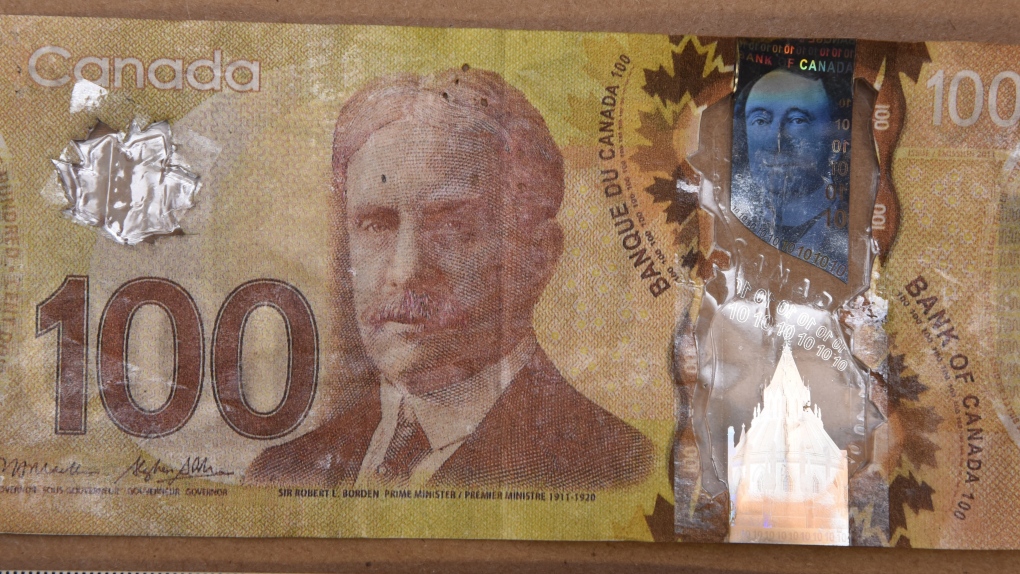 Anyone who receives a counterfeit bill is asked to put it in an envelope and call police. (Saanich police)

Saanich police say funny money is making its way through the community, one $100 bill at a time.

Police said Wednesday they had received several reports of fake $100 bills being used at local stores.

The bills are reportedly convincing enough that several merchants have been taken in by the scam.

The suspect or suspects have been using the fake $100 bills to make small purchases and then pocketing the change.

"It is only after the suspcect is gone that the merchant realizes the bank note is a fake," Saanich police said Wednesday.

Police also released pictures of the fake money, showing that the forgers have cut the transparent areas out of smaller, legitimate bills and then taped them onto the forged notes.

Anyone who receives a counterfeit bill is asked to put it in an envelope and call police.