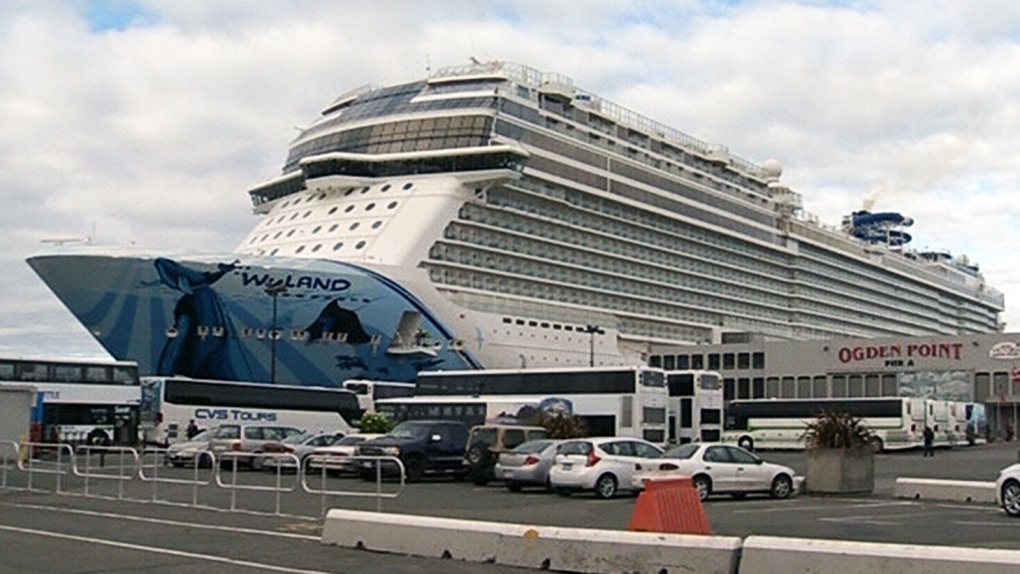 VICTORIA -- Victoria's cruise ship industry is firing back at the city after Mayor Lisa Helps and two city councillors tabled a motion to limit the number of vessels visiting the city due to environmental concerns.

Helps, along with councillors Marianne Alto and Ben Isitt, recommended the city cap the number of cruise ships that dock in Victoria and forgo long-term contracts with cruise operators until the effects of vessel emissions and waste can be measured.

The motion, which is set to come before council's committee of the whole meeting Thursday, drew a response Wednesday from the Greater Victoria Harbour Authority (GVHA), which says the local cruise industry has become more environmentally efficient over time.

In the spring, the GVHA hired environmental consulting firm Synergy Enterprises to measure emissions from the city's cruise ship terminal.

The harbour authority says those numbers indicate that since 2010 air contaminants from the terminal have dropped 41 per cent, sulphur oxides have dropped 95 per cent and airborne particulates have dropped 79 per cent.

The report also notes that overall greenhouse gas emissions at the terminal have risen by 19.1 per cent while cruise ship passenger counts have risen by 45 per cent.

“We need an approach that aligns everyone behind common goals of mitigating and reducing environmental impacts while ensuring that the 800 indirect and direct jobs and the more than $130 million in economic impact are also prioritized and protected,” said GVHA CEO Ian Robertson in a statement Wednesday.

Robertson told CFAX 1070 on Wednesday that he was "surprised" by the council motion, adding that he had been trying for five weeks to meet with the mayor and council to discuss the cruise ship emissions data.

"Obviously we did not get that opportunity," he said.

“We will be looking to all levels of government and our cruise partners who share in these important priorities to determine an appropriate path forward,” Robertson said.

In 2019, approximately 260 cruise ship visits to Victoria brought nearly 700,000 passengers to the region.