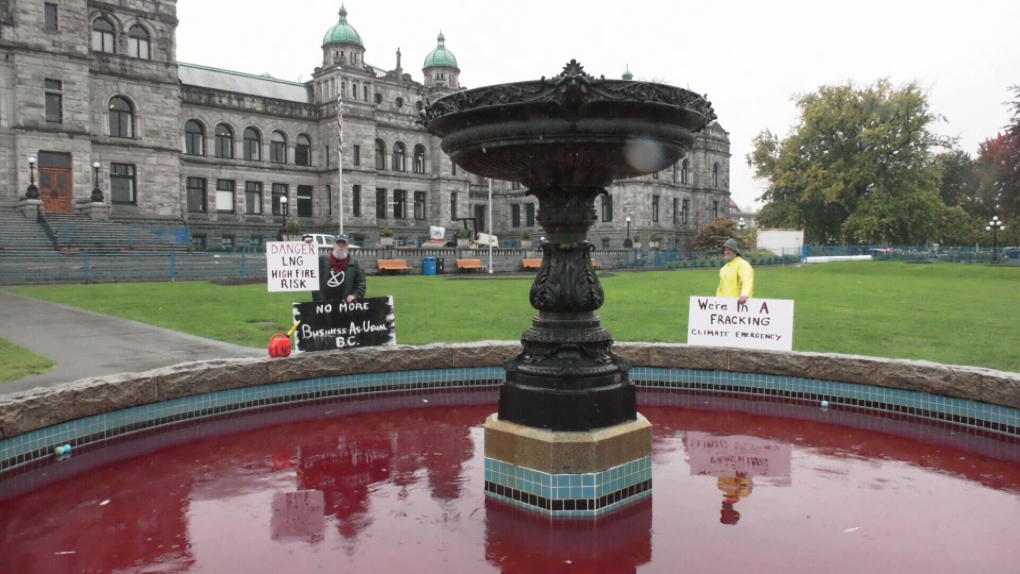 Climate activists have pledged to shut down a main traffic artery into Victoria on during rush hour Monday.

Dozens of activists from Extinction Rebellion are expected to stand on Johnson Street Bridge starting at 3:30 p.m.

“We are not putting up with that anymore, this is a crisis. This is an existential crisis. We want people to wake up,” said Nykanen.

The environmental campaigners are trying to draw attention to climate change and are pushing for net-zero carbon emissions by 2025.

“It is a climate emergency, it is something that is happening now,” said Nykanen.

Extinction Rebellion activists will be on the bridge until 6 p.m., stopping vehicles from coming through, but say they will let emergency vehicles, cyclists and pedestrians over the bridge.

“We really understand people’s frustrations; we’ve all been stuck in traffic. It is not a party out there for us… but we don’t want political leaders to think they can go on business-as-usual, because business-as-usual is choking this planet,” said Nykanen.

“We hope the politicians will… reflect on the fact we are facing a tipping point,” said organizer Howard Breen. “It is a very visual one. We poured fake blood into the main fountain to represent the dire risk to an entire generation of youth globally that the LNG boom and fracking presents for them.”

Extinction Rebellion planned shutdowns of bridges across Canada on Monday.

Alberta Premier Jason Kenney, criticizing the action on Twitter, noted that traffic backups meant hundreds of cars were idling for no good reason.

This AM, protestors are blocking the Walterdale bridge, delaying commute for hundreds in Edmonton trying to get to work & take kids to school.

Somehow this is all supposed to be in the name of environment, but hundreds of cars are now idling unnecessarily as they wait backed up. https://t.co/kk724bzqOX

When asked about the impact of having vehicles idling due to the congestion, Nykanen said people should turn off their engines.

“In British Columbia, you’re not supposed to just sit and idle your car endlessly,” he said. “The kind of thing we are talking about is not going to be measured in the emissions that take place in an action like this.”

Victoria police said they are aware of the planned demonstration and their focus will be ensuring public safety.

We are aware of the planned demonstration tomorrow on the Johnson Street Bridge. With any public demonstration and protest, our focus will be on ensuring public safety. Expect traffic delays in the area. Follow us on Twitter for updates #yyjtraffic

Drivers should expect delays in the area on Monday during rush hour.