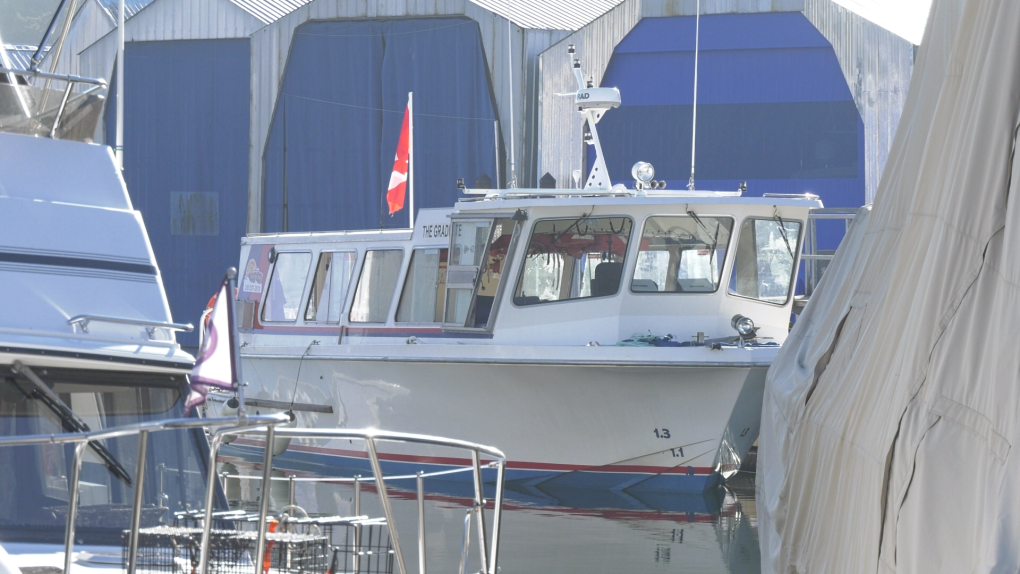 No injuries have been reported after an engine fire broke out on a school boat in B.C. waters on Thursday morning.

The ferry, called the Graduate, was in Active Pass taking students and staff from Galiano Island and Mayne Island to Pender Island and Salt Spring Island when it suffered mechanical issues, according to the Gulf Islands School District (SD64).

The fire was discovered by crew members after an engine alarm activated. The flames were "quickly extinguished" and all safety procedures were followed by the operator, Gulf Islands Water Taxi, according to the school district.

First responders received reports of the fire around 7:30 a.m., according to Lt-Cdr. Tony Wright with Maritime Forces Pacific.

A Canadian Coast Guard team stationed in Ganges, on Salt Spring Island, responded to the emergency, as well as a BC Ferries vessel, the Coastal Renaissance.

The school district says 33 people – 31 students and two adults – were aboard the vessel at the time of the fire, and all passengers were safely transferred onto another Gulf Islands Water Taxi boat called the Scholar.

SD64 secretary treasurer Jesse Guy says students onboard the vessel were in Grades 6 – 12.

"We share the concern of family and community," said Guy on Thursday morning. "We have reached out to impacted families and will continue to do so."

She adds that students were met by district staff when they came ashore, and have been offered counselling supports at their schools.

"We have been assured by Gulf Island Water Taxi, the contract holder of our district's student water transportation, that all safety procedures were followed during the incident," said Guy.

The coast guard has since towed the Graduate to North Saanich, B.C., for repairs.

BC Ferries says it was contacted by the Joint Rescue Coordination Centre in Victoria to assist with a vessel in distress in Active Pass on Thursday morning.

The Coastal Renaissance, which was travelling from Tsawwassen to Swartz Bay at the time of the fire, launched a rescue boat to assist in the rescue.

It was later stood down by the Joint Rescue Coordination Centre and BC Ferries did not take on any passengers from the Graduate.

"BC Ferries is involved in marine rescues from time to time and our crews are highly trained to respond to marine emergencies," said BC Ferries spokesperson Astrid Chang.

The ferry was delayed about 30 minutes due to the incident.

The white gunman accused of massacring 10 Black people at a Buffalo supermarket wrote as far back as November about staging a livestreamed attack on African Americans, practiced shooting from his car and travelled hours from his home in March to scout out the store, according to detailed diary entries he appears to have posted online.

'Great for all of Alberta': Flames, Oilers prepare for battle in second round

Johnny Gaudreau and Matthew Tkachuk weren't even born the last time the Calgary Flames and Edmonton Oilers met in the Stanley Cup Playoffs, but they still understand how much the Battle of Alberta means to fans of both teams.

The rising cost of living is worrying Canadians and defining the Ontario election as prices go up on everything from groceries to gas.

Efforts were underway Tuesday to rescue the last of the defenders inside the Azovstal steel plant in the ruined city of Mariupol after Ukrainian officials said the fighters had 'completed their mission' and there was no way to free the plant by military means.

The Ukrainian government says Russia has shelled more than 1,000 schools, destroying 95. Intentionally attacking schools and other civilian infrastructure is a war crime. Experts say wide-scale wreckage can be used as evidence of Russian intent, and to refute claims that schools were simply collateral damage.

Half of patients hospitalized with COVID-19 still experiencing at least one symptom two years later: study

Half of those hospitalized with COVID-19 at the start of the pandemic are still experiencing at least one symptom two years later, a new study suggests.