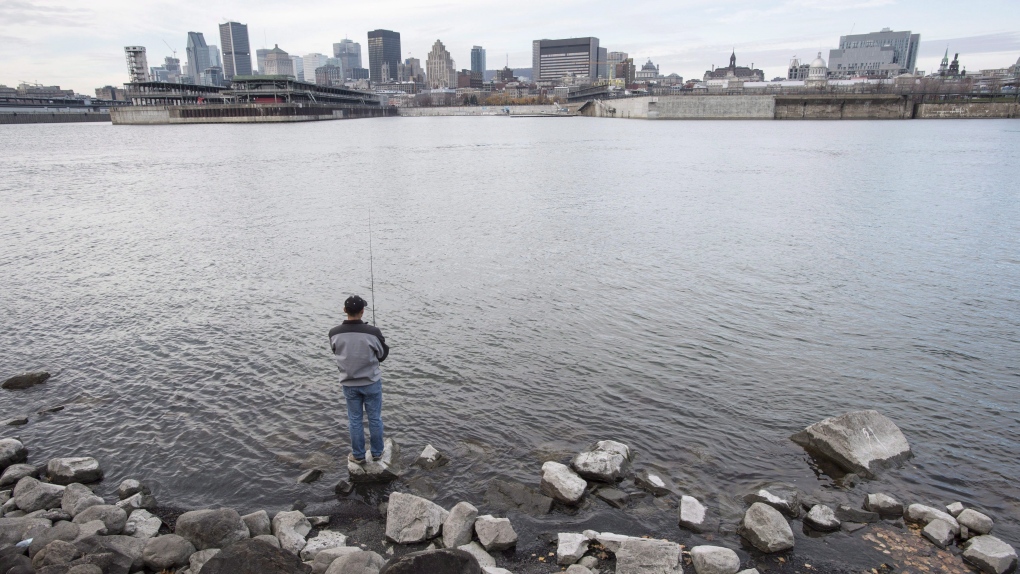 Canada's old-fashioned city sewer systems dumped nearly 900 billion litres of raw sewage into this country's waterways over five years, enough to fill up an Olympic-sized swimming pool more than 355,000 times. A fisherman dips his line into the St.Lawrence River off the shores of Montreal,Wednesday, Nov. 11, 2015. THE CANADIAN PRESS/Paul Chiasson

Data Environment Canada posted to the federal government's open-data website earlier this month shows in 2018, more than 190 billion litres of untreated wastewater poured out of city pipes that carry both sewage and storm water.

“It shows you the problem,” he said. “It should wake people up.”

But Mattson said it's also not even close to the full picture.

“There's lots of holes in the data,” he noted.

The number does not include wastewater that leaks out from systems that don't use combined sewage and storm water pipes or any data on non-sewage related pollution that isn't treated by wastewater plants, such as pharmaceuticals. Quebec is also excluded from the data in 2018 because that province signed an agreement to report it to Ottawa in a different way.

But Mattson is still excited the data is being posted online for anyone to download.

“This is something we think is a very powerful tool,” he said.

Among the data that was released is the total amount of effluent, or untreated wastewater, that escapes from combined sewer and storm systems like those found in major cities such as Toronto, Ottawa and Edmonton. These systems are often release untreated sewage when storms overwhelm them, to prevent backups and floods. Between 2013 and 2018, the data says 890 billion litres of effluent escaped.

In 2018, 10 cities were responsible for more than 90 per cent of the venting, led by Port Alberni, B.C., which pumped out nearly 47 billion litres, followed by Richmond, B.C.'s 42 billion litres.

“There is no reason in 2020 that major cities should not be addressing their wastewater,” she said. “We need this to become a priority. We have the technology. It's a matter of having the political will to do it.”

The Conservatives promised during the fall campaign to stop the dumping of raw sewage, a promise that was partly aimed at Quebec voters. Several cities in that province have purposely dumped untreated wastewater into rivers in recent years, mostly during construction or upgrades to existing systems.

Mattson said there are some municipalities doing better than the standards and being transparent about their remaining problems. Calgary, he said, has such good wastewater treatment the Bow River “is as pure leaving the city as when it comes in.”

Many big cities are also spending billions of dollars to replace combined sewer systems with separate pipes, which should eventually significantly reduce the leaks. Toronto Mayor John Tory said in December he was hoping to speed up his city's 20-year plan to replace its combined sewers to complete it in half the time.

The bigger issue for many cities is how wastewater is treated and what the standards are for the treated water when it is released. The federal government set new standards in 2012, but they don't take effect for the highest-risk systems until this year, and won't be completely phased in until 2040.

A lot of cities are treating water for sewage but not for other things, like microplastics and drug residues. And Mattson said the water that flows from storm-water systems alone can be polluted from all the things humans and vehicles leave on the ground that get swept into storm pipes when it rains.