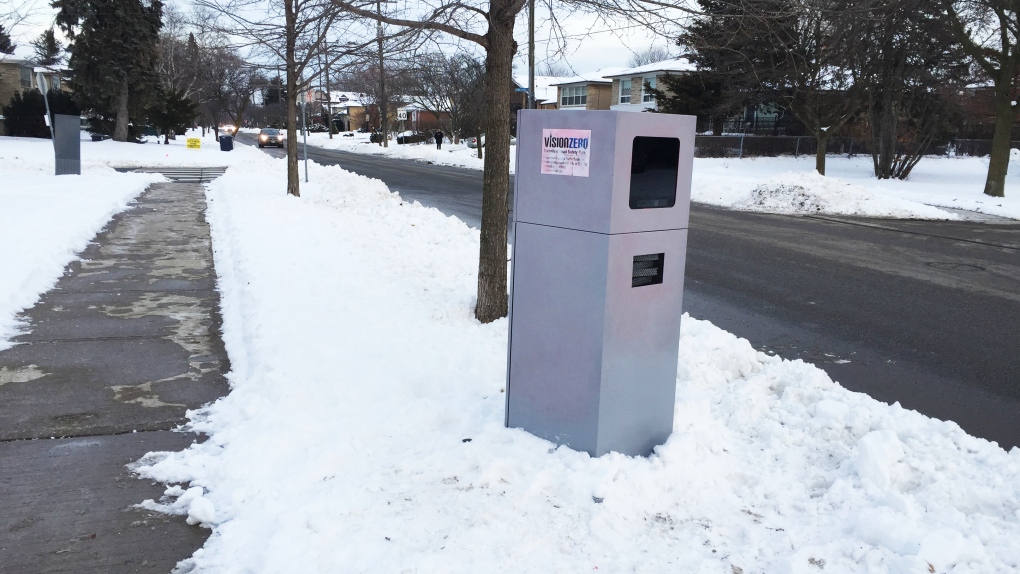 The cameras are primarily located around the Lower Mainland, but there are two in Kelowna and one in Prince George.

VICTORIA -- Drivers in a hurry are on notice: the British Columbia government says 34 speed cameras at high-risk intersections around the province are operating and ready to ticket motorists.

A statement from the Ministry of Public Safety and Solicitor General says all the cameras are now operating around the clock.

They not only identify drivers running red or yellow lights, they also monitor speed, snapping a photo of the fastest vehicles travelling through an intersection, regardless of the light sequence.

Since the first five automated speed-enforcement cameras were activated last July, the ministry says more than 20,000 tickets have been issued, including one to a driver clocked at 174 km/h in an 80 km/h zone.

The cameras are primarily located around the Lower Mainland, but there are two in Kelowna and one in Prince George.

An additional camera is in place at an intersection in Nanaimo, but the Ministry says it won't start operating until September to allow drivers to adjust to recent speed reductions along the Island Highway.

Because the cameras capture more than one potential motor vehicle infraction, the ministry statement warns drivers they could receive two fines linked to a single photo.

“Before mailing tickets, which carry fines but no penalty points, ... officers review the digital images and data to confirm the applicable Motor Vehicle Act charge or charges, ” the statement says.

Prominent warning signs are in place leading up to all the intersections where the cameras are located, says the ministry.

This report by The Canadian Press was first published April 1, 2020