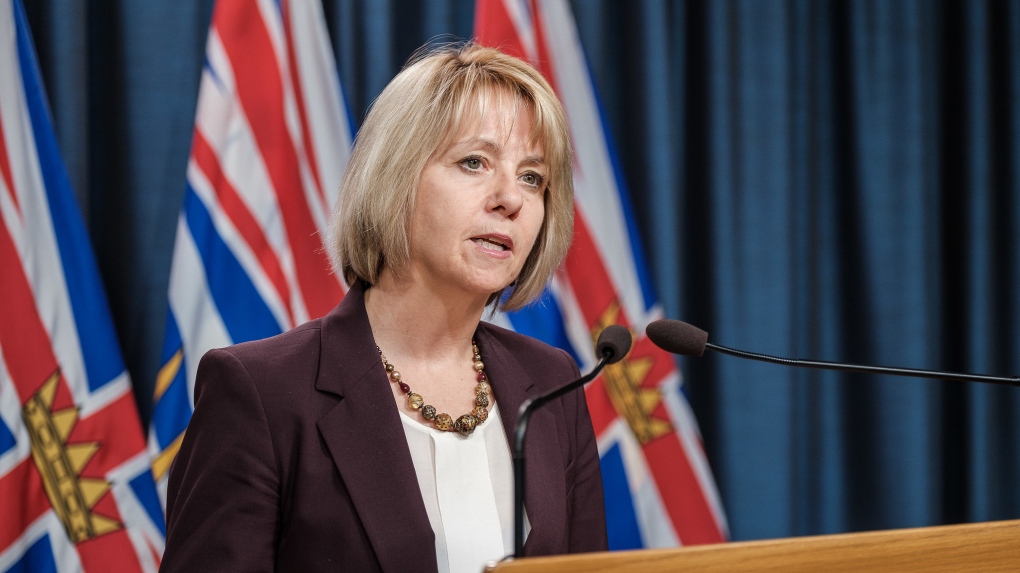 VANCOUVER -- British Columbia's top doctor says “everybody and their dog” has come up with some kind of contact-tracing app for COVID-19 but the province hasn't found any that would meet its needs.

Dr. Bonnie Henry said Tuesday she has been working with her colleagues across the country to find an app that may help trace the contacts of people who became infected with the virus in order to inform them of potential illness.

Henry said B.C. is trying to find the right technical support for a possible app but is also looking at how it could augment current technology rather than coming up with something new.

“We are absolutely working on this including with our provincial health services authority,” she told a news conference.

However, she said it's not clear if having an app that provides generic information on people's phones about where they've been would be helpful overall in B.C.

The provincial health officer announced eight new cases and four additional deaths from COVID-19 on Tuesday, but she said 17 outbreaks in long-term care homes are over, including at the Lynn Valley Care Centre in North Vancouver where they began.

“All of the people who were infected in that facility have recovered now, which is really great news,” she said.

Lynn Valley had Canada's first COVID-19 death in early March, when a man in his 80s became infected and a cluster of cases followed.

Henry said one more case of the virus has been detected at a poultry operation in the province, for a total of 97 cases at three such facilities, while 134 inmates and staff at a federal prison in Mission are infected.

Despite a decline in cases, Henry she said there's a long way to go before restrictions can be fully relaxed, though the province is expected to announce a loosening of measures Wednesday.

However, she said some measures will not change in the coming months and flu season will mean ramping up testing for influenza and COVID-19.

“Please don't start planning your play dates and expanding your bubble too soon. We need to hold the line right now. We still have outbreaks that are happening in our communities and in our long-term and acute-care facilities.”

Henry said British Columbians should forego any global travel this summer and stay in their neighbourhoods while remembering the motto “few faces and big spaces.”

She urged everyone to continue physical distancing and handwashing as the best ways to reduce the spread of the virus, even when stores and various sectors of the economy begin to reopen.

“With no exceptions, we need to be very vigilant about staying home and staying away from others if we have any sort of illness. And this is going to be incredibly important, not only for the coming weeks and months, but as we go into the respiratory season next fall.”

This report by The Canadian Press was first published May 5, 2020.

'Where the tragedy really lies': The crisis in Canada's long-term care homes

'No remedy, no rights': Canadians among foreigners blocked from leaving China

New Normal: Rear-facing seats could be the future of air travel