B.C. gives thousands of smartphones to homeless amid pandemic 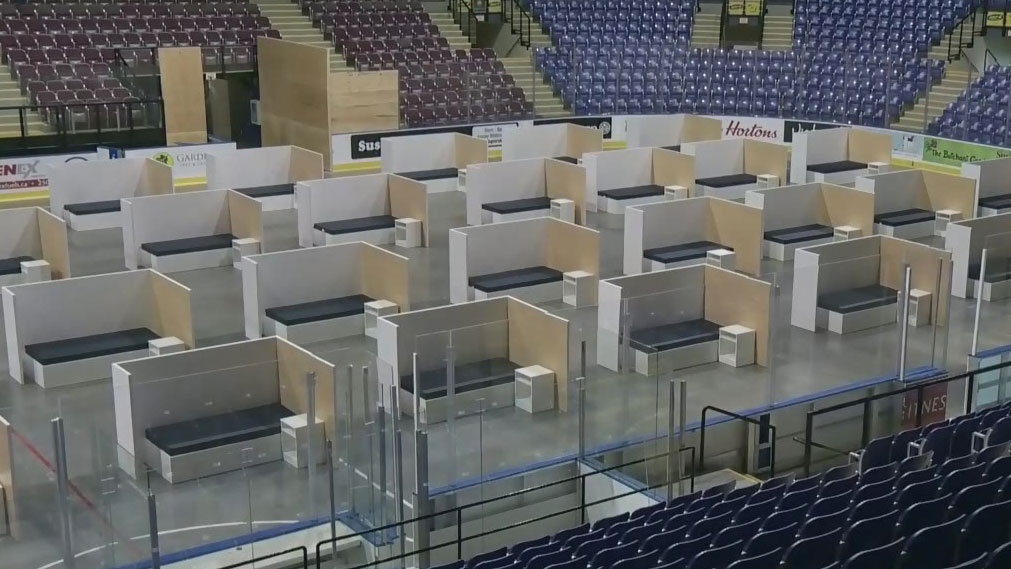 A temporary homeless shelter is pictured under construction at Victoria's Save-On-Foods Memorial Centre: (BC Gov)

VICTORIA -- The B.C. government is providing thousands of homeless and vulnerable people with pre-loaded smartphones amid the COVID-19 pandemic.

In total, 3,500 smartphones will be distributed across B.C. by community organizations and the Social Planning and Research Council of B.C. (SPARC BC).

As of Tuesday, 1,000 of the cellphones had already been handed out, including 200 that were directed to homeless campers transitioning out of Victoria’s Topaz Park and Pandora Avenue, and from Vancouver’s Oppenheimer Park.

“For people who are experiencing homelessness, the closing of public spaces like libraries due to COVID-19 has reduced connectivity options and created barriers to supports and services,” said Shane Simpson, Minister of Social Development and Poverty Reduction, in a statement Tuesday.

“Providing smartphones for people on the street will help create easier access to those services, help people maintain physical distancing, and support people in staying connected to family and friends during this time.”

Each of the 3,500 cellphones will be able to connect to Wi-Fi and come pre-loaded with a $10 7-Eleven data card.

In Vancouver’s Downtown Eastside, many of the phones will be loaded with SIM cards that provide unlimited nationwide talk and text, and three gigabytes of data per month. The SIM cards were donated by Telus at a $0 monthly rate.

“With the smartphones, we are also able to co-ordinate the drop-off of thousands of bars of soap, food and hygiene supplies to people and connect with people about COVID-19 symptoms and testing.”

Last week, the B.C. government extended its deadline to dismantle the homeless encampments at Victoria’s Topaz Park and Pandora Avenue.

All campers were expected to be moved into indoor sheltering by May 9. The deadline has since been extended to May 20.

As of May 8, roughly 250 homeless people remained at Topaz Park and along Pandora Avenue.

A full list of the communities that will be receiving some of the 3,500 smartphones can be found below: