'Any life is precious to us': Nanaimo firefighters burst into burning home to save trio of pets 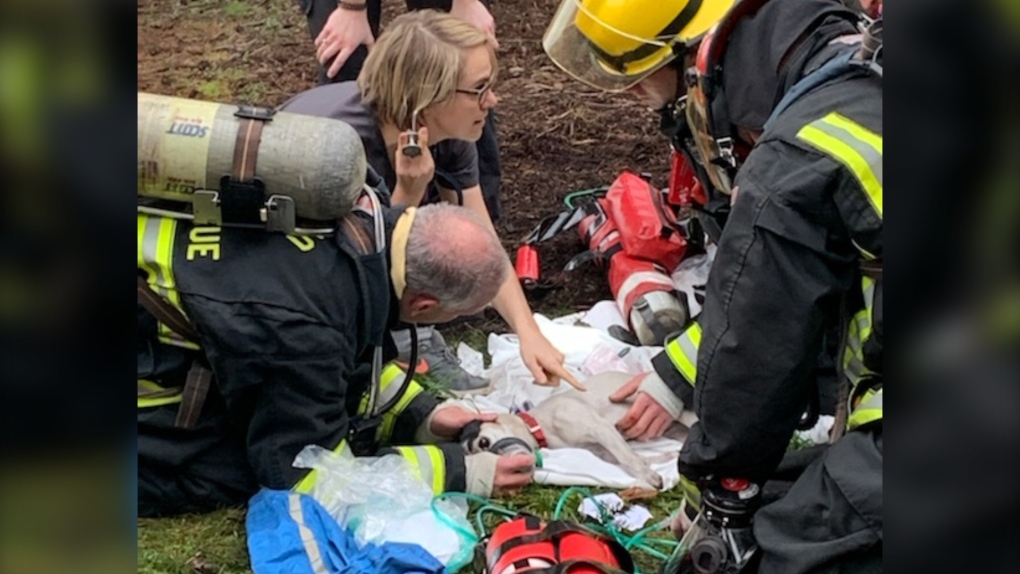 Firefighters, paramedics and local veterinarians rushed to the scene of a house fire to assist animals who were trapped in the smoking home. (Nanaimo Fire and Rescue)

VICTORIA -- The first wave of Nanaimo firefighters to arrive at a smouldering home Tuesday wasted little time bursting through the front door.

According to Nanaimo Fire and Rescue, a neighbour called saying a nearby home on Old Victoria Road was smoking heavily and there were several dogs and cats inside.

Nanaimo Fire Chief Karen Fry said the first crew to put boots on the ground rushed inside. “Any life is precious to us," said Fry. "It impacts us all the same."

What firefighters found inside was dire. Two dogs and one cat were all found in critical condition. They were quickly moved to the home's front lawn while one other cat was able to escape the smoking home on its own.

“All the animals were unable to move when firefighters got to them,” recalled Fry.

As some firefighters began to douse a small blaze in the kitchen and confirm no home owners were inside, a second effort was mounting to save the pets.

A team of firefighters, veterinarians and ambulance staff began performing CPR on the animals and other life saving measures to rescue the pets on the home's front lawn. 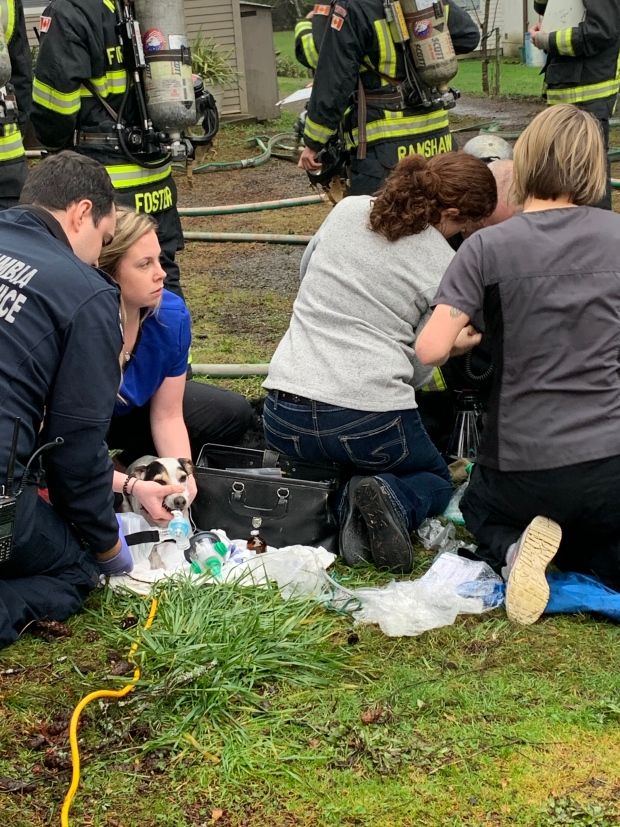 “We cannot thank the vets enough for jumping to action,” said Fry.

After the dogs and cat were stabilized, the animals were taken for further care at the nearby Petroglyph Animal Hospital.

According to firefighters, one dog and one cat are showing signs of improvement, but the condition of the final dog is unknown.

Nanaimo Fire and Rescue say the blaze was contained to the kitchen of a basement suite. The cause of the fire is considered accidental at this point.