American company in talks to bring e-scooter rentals to Victoria 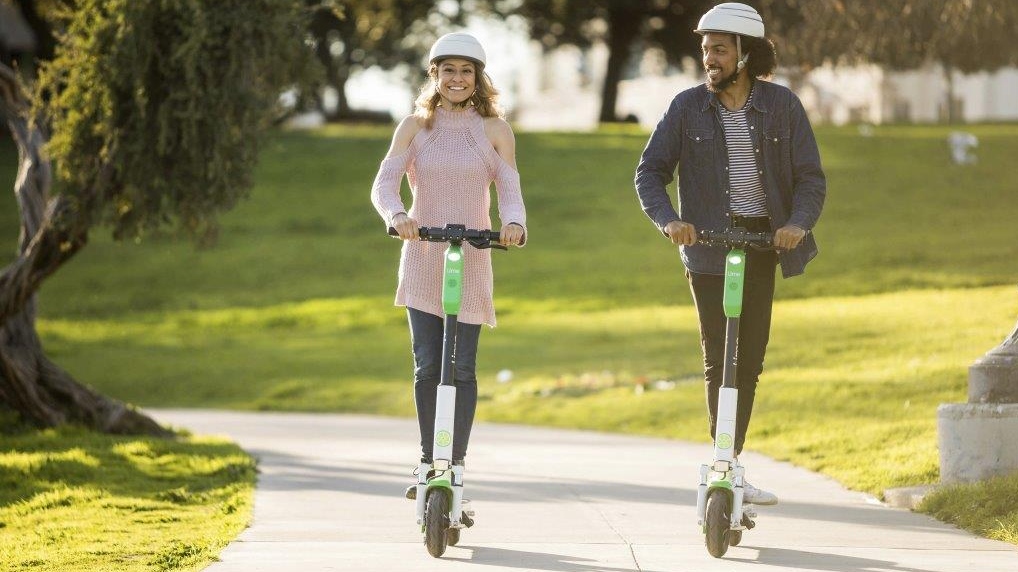 Victoria's green rental bicycles will soon have to share the roads and bike lanes with electric scooters if an American company gets its way.

U.S.-based company Lime confirms to CTV News that it has met with Victoria city staff and the B.C. government in the hopes of expanding its services into B.C.

The company, which has been in operation for about two years, rents out shareable e-scooters and e-bikes in cities around the world.

Similar to U-bicycle, which has been offering rental bikes in Victoria since 2017, users download an app which is used to locate and unlock the e-scooters from wherever they were left by the previous rider.

The scooters can reach speeds of up to 24 kilometres an hour and the average fare in the U.S. costs about $2.25 per trip. The company says, "whenever possible, Lime distributes free custom-designed helmets" and says it recommends all riders wear a helmet.

Lime says there would be no specific docking stations where the e-scooters would have to be parked.

"Lime believes there is a market for e-scooters across Canada as cities like Victoria continue to build and expand infrastructure for active transportation, such as cycling and scootering," says Chris Schafer, senior director of strategic development for Lime Canada.

Before the e-scooters can operate B.C., the province would need to make changes to the Motor Vehicle Act. Currently, it's illegal for people to use e-scooters on public roads and sidewalks.

Lime believes regulatory changes are coming and believes e-scooters are illegal by default since governments "simply have not turned their attention to electric scooters."

A ministry spokesperson says, "we have heard from people the importance of recognizing new technologies in the development of this strategy."

In October 2018, Waterloo, Ont. became the first and only Canadian city to roll out the shared e-scooters from Lime on a network of local university and business campus roads. The operation is legal because the e-scooters are not being offered on provincial roadways.

E-scooters have come under fire in various cities for occupying too much sidewalk space. 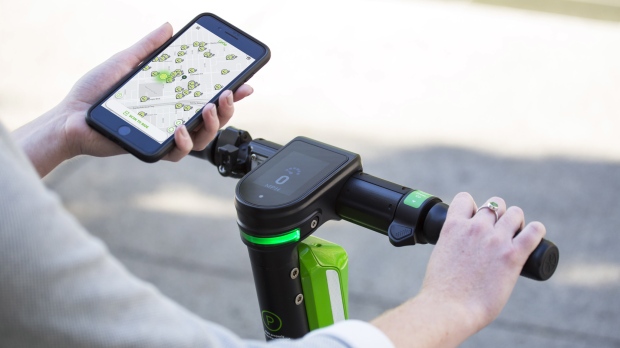 This month, CNN reported that France plans to ban e-scooters from its sidewalks after locals grew frustrated with the vehicles congesting public areas and causing an increase in accidents.

Congested sidewalks have been a concern in Victoria with U-bicycle tweaking the rules around where people can park the rental bikes.

Initially the bikes could be parked anywhere, but after receiving some criticism from the public about where the bikes were being left, the company created virtual parking zones where users had to leave the bicycles.

The company has also faced a difficult first few years with bikes being damaged or stolen.

Since 2017, 900 rental bikes have been launched on Vancouver Island with 200 of them operating in downtown Victoria. Today only 110 bikes remain downtown.

Despite challenges, U-bicycle says it has more than 20,000 active users.

In an email to CTV News, U-bicycle confirms it is also hoping to launch its own version of e-scooter rentals in the future, although it did not say when.

If approved, Lime says its staff would work with the City of Victoria to map out where the e-scooters would initially be parked and find places that wouldn't impede walkways.

The results of the province's active transportation strategy engagement period, which ended April 15, are expected to be released soon.